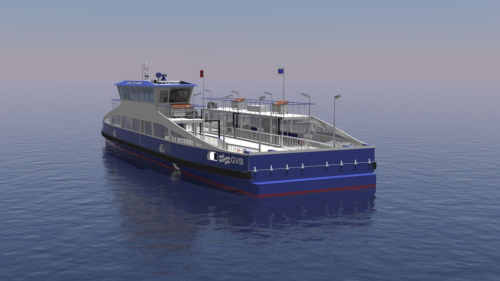 The proven reliability, safety, and performance of the Corvus Energy Storage Systems were important in awarding this contract to Corvus Energy. We are also hopeful for the future. With Corvus as our supplier, we also want to expand our business further. With the new batteries from Corvus, we get are able to equip ships with bigger power demands which mean that we expand the number of hybrid vessels.

As a leading manufacturer of Energy Storage Systems for maritime applications, Corvus Energy provides battery power to more ferries than all other providers of energy storage systems combined. Beginning with the first zero-emission ferry, Ampere, Corvus Energy’s ESSs have now been selected for close to 100 hybrid and all-electric ferries globally.

All five new all-electric ferries are of the Ijveer design and will be built in Holland Shipyard Group in the Netherlands. Each ferry is 41 meters in length, is 13.9 meters wide, holds 20 cars, four trucks, or 400 passengers. The ferries will be equipped with air-cooled Corvus Orca Energy ESS that will supply electrical power to the ferry’s all-electric power and propulsion system.

The first new ferry will arrive in the summer of 2021. After that, one will arrive every six months, until 2023.