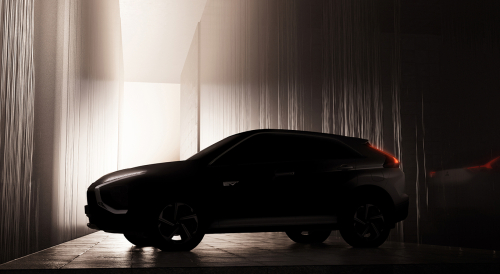 Launched globally in 2017, the Eclipse Cross is the company’s crossover SUV, which fuses a coupe-like style with SUV capabilities. The refreshed model has radically changed front and rear design, bringing forward a more upscale and energetic design to complement the sleek SUV styling.

A full reveal of the reimagined Eclipse Cross will showcase the details of the design; the vehicle will arrive in showrooms across the United States in the first quarter of 2021.

Teasing the redesigned Eclipse Cross comes on the heels of the company revealing an overview of upcoming new and extensively redesigned vehicles it will launch in the United States by the second quarter of 2021: