The US Department of Transportation’s Federal Highway Administration (FHWA) has designated alternative fuel corridors, a national network of alternative fueling and charging infrastructure, along the National Highway System. Designation of the corridors began in 2016 and has expanded each year since then, for a total of more than 145,000 miles over 119 Interstates and 100 US highways/state roads (all fuels combined).

The fuels for which corridors have been designated include electricity, compressed natural gas (CNG), liquefied natural gas (LNG), propane (LPG), and hydrogen. 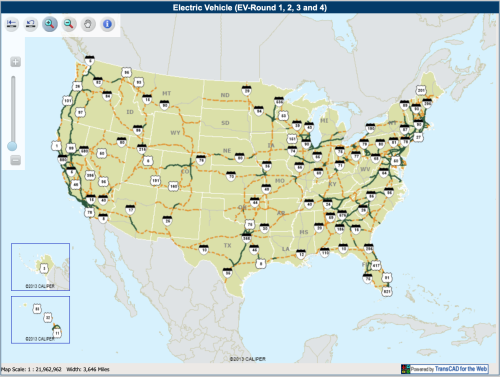 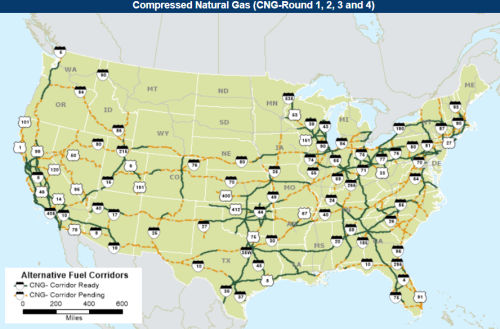