The high-temperature (HT) PEM technology operates at 160-180 °C and has a high resistance to impurities in reformat gas—making it suitable to combine with fuel reformers. The combination can be done without the implementation of expensive and cumbersome clean-up technologies which enables a simple and cost-effective system design.

The HT PEM-technology is characterized by simple heat management and a minimum balance of plant components which in turn reduces the parasitic losses to run the system. The simple system design enables a high total system power density although the stack power density is lower than generic stack designs.

Methanol reforming is a relatively simple process that converts a mix of methanol and water into a hydrogen-rich gas. Before the reforming can take place the fuel needs to go from liquid to gas form by evaporation, a process that requires energy. In a generic system that would mean using primary fuel, leading to lower efficiency. In the combination with HT PEM the waste heat is of sufficient temperature to drive this process, meaning an energy-free process which leads to a superior overall efficiency.

The fundamental chemical process, which takes place in the reformer is:

In the two years since its founding in October 2018, the company has concentrated on optimizing the production processes working towards the goal of commercializing the methanol fuel cell technology through large-scale production. 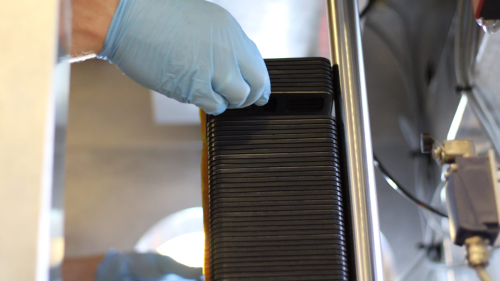 One of the most crucial elements we have been working on these past two years is bringing down the production time and costs of the fuel cell components. We have now reached a point which enables us to move one step closer towards commercializing the technology to be able to compete with conventional technologies. 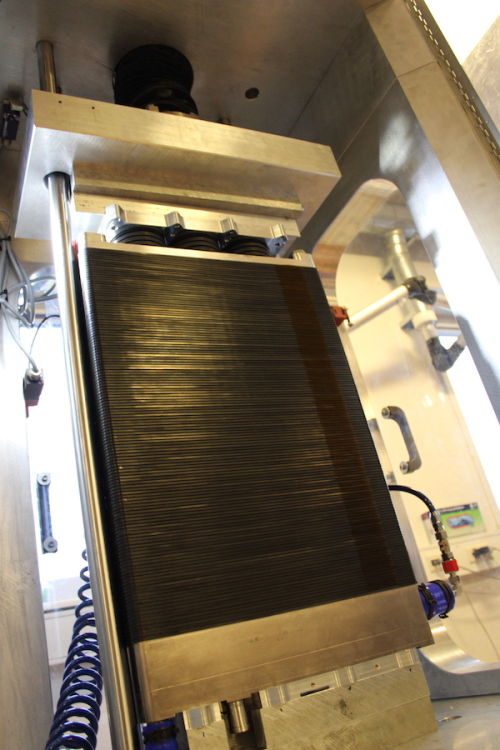 The experience gained from the limited production will be used in the continued optimization of production methods and processes as the company will move onto serial production of 2,000 to 5,000 units. Blue World Technologies expects to continue upscaling the production with an aim to reach a full-scale commercial production capacity of 50,000 fuel cell units within three years.

There is an increased focus on Power-to-X and there is a big market demand for alternative technologies providing CO2 reduction, which we also see in both our current order books but also in the initiated dialogues we have with potential customers. Starting this initial production now allows us to progress with development and trial projects with customers. 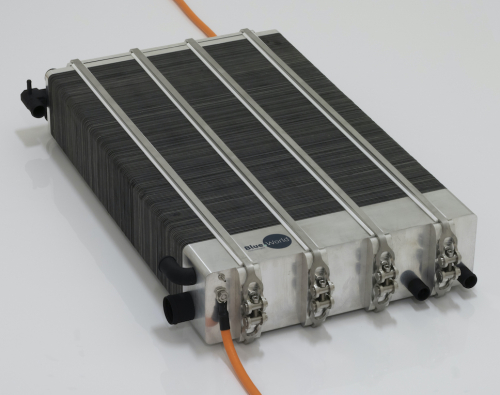 The methanol fuel cell technology has potential in several markets such as maritime, heavy-duty, stationary, and passenger vehicles. Blue World Technologies has a partner approach to leverage the potential of these markets fully. As a green and clean alternative to combustion engines and diesel generators the methanol fuel cell technology provides multiple benefits such as cost-savings, CO2 reduction—or even a CO2-neutral operation when running on green methanol—as well as zero harmful emissions.

The fuel cells run on methanol which is an easy-to-use e-fuel as it is liquid at atmospheric pressure making refueling convenient and makes it possible to integrate and reuse in the world’s existing infrastructure.

Methanol can be produced from green sources and is CO2-neutral in a well-to-wheel perspective in that scenario. Therefore, it could be a solid alternative to fossil fuel and could contribute to the green transition in multiple industries around the world.

I'd fancy this in marine applications initially.

HTPEM is more tolerant to CO from the reformer.

Liquid fuel that can be made from biomass and can be used to generate H2 for a fuel cell.
What's not to like ?

Any figures on kW / kg and kW / L.
I assume it is too soon to talk about cost except in hand wavy terms.

Methanol is just a readily avalaible and fairly cheap, depending on the tax regime, commodity, and already used for instance in RVs for power.

Its something like 4.8Kwh/litre, and you might get around half of that out from a fuel cell.

Reforming methanol on board at least for big vehicles, and ships etc is certainly looking more and more hopeful though, as well as cost effective.

https://www.innovationnewsnetwork.com/new-hybrid-supercapacitor-to-improve-upon-conventional-batteries/7363/
News like this is more impressive and promising to me than any Fuel Cell BS-tales.

This report goes into more detail:
https://www.methanol.org/wp-content/uploads/2019/10/Methanol-Fuel-Cells-Blue-World-Technologies-Chongqing-2019.pdf
It is well known that Methanol Reformed HTPEM Fuel Cells avoid some of the problems of Hydrogen PEM Fuel Cell (an existing global distribution system, easily produced from renewable sources, e.g. biomass, RNG, and municipal waste, and high volumetric energy density).
While this could be applied to small vehicles as demonstrated in the Gumpert Always sports car, BEV appear to have a cost/complexity advantage particularly if battery costs drop as predicted by Tesla.
However, there are applications as others have mentioned that this would work well. Add eVTOL and General Aviation to already listed Maritime and long range commercial trucking.

An eVTOL could use LH2 or methanol,
reforming jet fuel has too much sulfur.