In September 2020, the EU passenger car market registered the first increase of the year, according to figures from the European Association of Automobile Manufacturers (ACEA). Registrations grew by 3.1% last month to reach 933,987 new cars sold across the European Union. 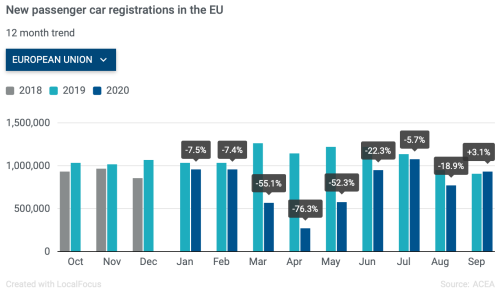 Over the first nine months of 2020, demand for cars contracted by 28.8% in the EU. Seven million units were registered from January to September, almost 2.9 million less than during the same period last year.