The Port of Rotterdam Authority, the Port of Amsterdam, North Sea Port Netherlands, Drechtsteden, the Port of Antwerp and De Vlaamse Waterweg intend to set up a single shore-based power system for inland shipping and the river cruise industry. This will contribute to the user-friendliness of this facility, which is used to provide moored vessels with electric power. 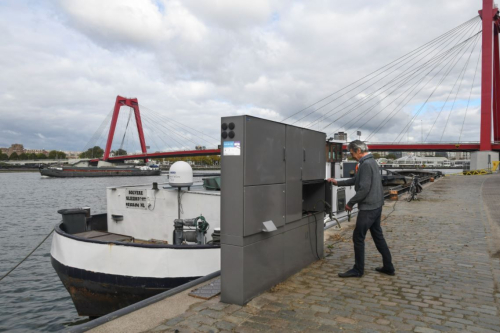 On behalf of all these ‘Walstroompartijen’ (Shore-based Power Parties), the Port of Rotterdam Authority has published a European call for bids, which will ultimately lead to the selection of a contractor for these services.

The tender is in line with the partners’ policy to pursue a balanced development of the various port areas in the Netherlands and Belgium. Under this policy, the Walstroompartijen will not only be investing in economic development, but also in projects that improve local quality of life and the environment. The key focus throughout is sustainability.

Public authorities and private firms in the different ports are working together to promote transport by inland shipping and rail rather than road haulage.

Another point that is high on the joint agenda is reducing the volumes of carbon dioxide, nitrogen oxide and particulates released into the atmosphere. For this reason, the partners have performed extensive research into the utilization of shore-based power for a range of different vessel types and locations. Shore-based power allows captains to freely use their on-board facilities without having to resort to polluting sources of power such as a diesel generator or the ship’s main engine.

These common objectives have led to a joint approach geared towards supporting the development of shore-based power and making this facility as user-friendly and reliable as possible. This approach primarily focuses on the provision of services in the context of on-board disruptions, as well as invoicing for power supplied via the shore-based power units. Inland shipping takes places in an international context. Ideally, this new standardization will be adopted by many other countries besides Belgium and the Netherlands.

In the period ahead, other parties that offer shore-based power may also decide to join the new agreement.

By 2030, they want a significant share of sea-going vessels to ‘plug in’ once they have moored along one of the port’s quays. Over the next five years, the partners will be initiating a series of projects that are intended to accelerate and scale up the adoption of shore-based power. Depending on the experiences gained in these projects, the Municipality and the Port Authority may adapt their targets in this area in 2025.

Every year, sea-going vessels moored along Rotterdam’s quays consume as much electric power as 250,000 to 300,000 households. In the process, they release various emissions into the atmosphere, including 600,000 tonnes of CO2 and 8,000 tonnes of nitrogen. By 2030, Rotterdam’s shore-based strategy could result in carbon savings of approximately 200,000 tonnes per year. 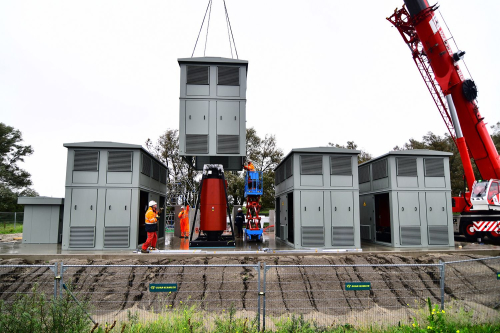 Over the past few years, virtually every public berth for inland shipping in Rotterdam has been fitted with a shore-based power point. Inland vessels consume far less power than their sea-going counterparts. To limit nuisance for the surrounding area, Stena Line’s ferry at Hoek van Holland has been using shore-based power for some time now. And Eneco and the Port Authority are currently working on a shore-based power facility near Rozenburg for Heerema’s offshore vessels, which regularly moor at this location.

In view of the variety of vessel types and mooring locations involved, the partners have based their shore-based strategy on three different pillars.

In the years ahead, the aim is to realize eight to ten concrete shore-based projects, which will be divided between the program’s three main pillars. This programme is expected to require a total investment of some €125 million. The majority of this budget will be contributed by the companies involved, the Municipality and the Port Authority. Nevertheless, around €50 million will need to be covered by public funding.