Snam signed a partnership agreement with ITM Power Plc, the UK-based producer of electrolyzers. The agreement envisages the start of a commercial and technological collaboration for the development of future joint initiatives and the concurrent entry of Snam into the shareholder structure of ITM Power Plc with a minority stake and investment of £30 million (about €33 million) as part of a new capital increase of £150 million (about €165 million) offered for subscription, as well as to Snam, to institutional investors and shareholders. 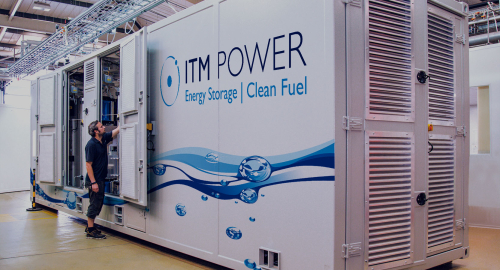 The subscription of the shares as part of the ITM Power capital increase will take place in cash, using Snam’s financial resources.

As part of the partnership, Snam will have the opportunity to gain relevant technical skills in the sector, with the entry of its representatives in two committees (Strategic Advisory Committee and Technology Management Committee) that support the board of ITM Power in key decisions on commercial activities and research & development. The partnership between Snam and ITM Power will also enable the two companies to foster synergies for the development of new projects, also through the secondment of Snam resources to ITM Power.

Within its strategy, focused on the development of the hydrogen value chain, Snam will be able to include ITM Power in projects for the development of green hydrogen through the use of PEM electrolyzers up to 100MW, also in collaboration with other operators at the Italian and international levels.

The agreement follows the recent launch of the Hydrogen Strategy of the European Commission, which envisages the development of 40GW of green hydrogen in the European Union by 2030. Several European countries, including France, Germany, Italy, the Netherlands, the United Kingdom, Portugal and Spain, have already prepared or announced the launch of plans to develop hydrogen.

ITM Power, despite the green hydrogen sector being still at an early stage of development, is already present on the global market with various solutions and has partnerships with leading international energy operators. ITM Power is also developing a new gigafactory in the United Kingdom which will have, by 2024, an annual production capacity of up to 1GW overall.

In the last eight years, ITM Power has obtained around 30 funding grants from national and European calls such as Horizon 2020 and FCHJU, focused on innovation, sustainability, hydrogen and green tech in various areas, in particular industry and transport. ITM Power has a market capitalization of around £1.4 billion.

Snam is one of the world’s leading energy infrastructure operators and one of the largest Italian listed companies in terms of market capitalization.