ACEA map: Affordability of electric cars, correlation between market uptake and GDP in the EU

The European Association of Automobile Manufacturers (ACEA) has published an interactive map that illustrates the correlation between the market uptake of electrically-chargeable vehicles (ECVs) and GDP per capita for each of the 27 EU member states and the United Kingdom. 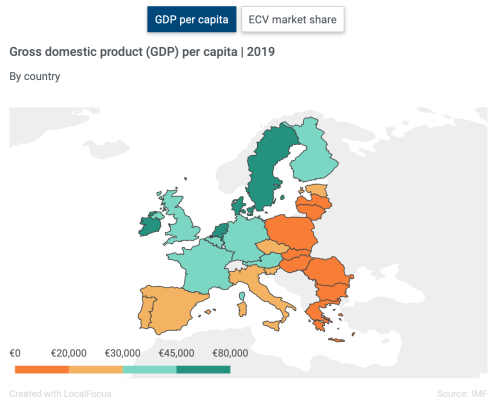 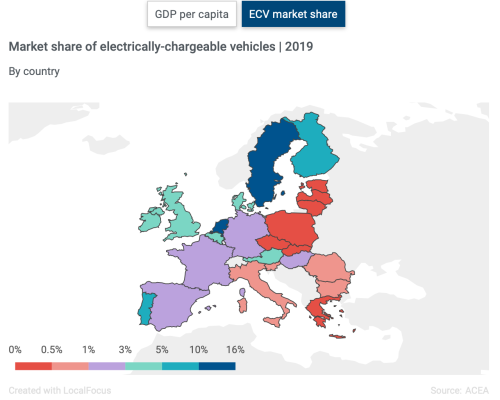 EVs are way to expensive in Europe. A Tesla model 3 costs ~ e50K (in Ireland).
The demand for every larger batteries increases the cost and weight.
However, you seem to be able to get a VW ID3 for e34K, which is a start.
Maybe we'll see a bunch of sub e30K cars next year, and eventually sub 25K EVs.
What people may need to do is to lose the idea of getting a car that can go 300 km when they typically drive < 30 km (each way).
So use EV's as 2nd cars (or first cars) with a rarely used (and already purchased ICE) for the odd long run or weekend away.
What you need for this is an insurance and tax system that is designed for occasionally utilized cars as well as daily use.