Chevrolet is voluntarily recalling 68,667 MY 2017-2019 Bolt EVs worldwide over the risk of battery fires; the majority of the cars affected—50,925—are in the US. The action is in response to five confirmed instances of vehicle fires that could relate to the high voltage battery in the Bolt.

In October, the National Highway Traffic Safety Administration (NHTSA) opened an investigation in relation to three reported Bolt fires; GM said that it was already deep into its own investigation, and is working closely with NHTSA on diagnosing the problem. 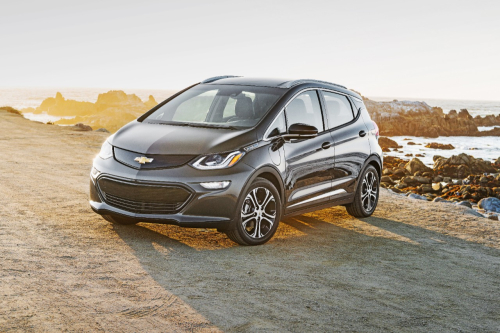 According to Jesse Ortega, Executive Chief Engineer for the Bolt EV, all of the vehicles with fires were equipped with cells manufactured by LG Chem in its Ochang, Korea plant between May 2016 and May 2019. All of the vehicles were at or near their maximum State of Charge (SoC).

Ortega said that there are no confirmed incidents in vehicles with batteries not from this facility or not at a similar state of charge.

MY 2020 Bolts use a different cell chemistry, and do not appear to be affected, according to GM’s current analysis. (Hence, the recall stops with MY 2019.) Further, LG began providing cells from its Michigan plant for the MY 2019 Bolt; those vehicles are not affected by the recall.

Dealers will reflash the software to limit the maximum SoC to 90% to reduce the risk of battery fire while GM continues its investigation into the problem.

We do not believe the underlying condition is present in all of the recalled vehicles. Until we identify the vehicles with suspect high voltage batteries, we believe it is prudent to limit the state of charge.

GM is asking customers to change their charge settings to limit maximum SoC until they can get the flash update. The company is releasing a video to help customers through the process. The Bolt EVs in question pre-dated the rollout of the OTA capability, hence requiring the customers to bring the vehicles in for the process.

GM has a dedicated team working on analyzing and solving the problem. Ortega said that the company intends to deploy a final remedy to remove the 90% limit after the first of the year.

Nope, as it was not really the battery fires I was critical of.
It was the repeated cover ups by Tesla, their use of completely duff statistics to try to hide the excess fire risk so that they compared a fleet of almost new expensive saloons with every old banger on the road to falsify a low fire risk, and their tendency to try to hang any problem on the customer.

I expect manufacturers to have to do recalls, especially for new technology.

It is Tesla evading recalls, so for instance they are recalling cars in China to check the suspensions as they are compelled to, but not the identical cars elsewhere.

They are a fundamentally dishonest organisation run by a montebank, just like Nikola.

I would not buy a paperclip from Elon Musk.