Buick’s vehicle-to-everything (V2X) technology made its debut at the Guangzhou International Automobile Exhibition. Later this year, Buick will become the first brand in China officially to roll out the market-ready technology on a production vehicle, a Buick GL8.

V2X technology has a crucial role to play in improving safety and reducing traffic congestion. When deployed at scale, it will enable vehicles to communicate with one another as well as the traffic infrastructure by sending and receiving basic safety information such as location, speed, braking status and directions.

In August at Tech Day in Shanghai, GM announced that in 2022, 5G will be available on all new Cadillac models and most Chevrolet and Buick vehicles going forward. The most up-to-date connected services will be provided through over-the-air updates.

For example, the Control Loss Warning V2V application warns the driver when it receives information from a vehicle ahead showing the activation of an anti-lock braking system or vehicle stability system, which could pose a threat. The Green Light Optimization Speed Advisor (GLOSA) V2I application can provide the driver an advised speed for reaching the next intersection when the traffic light is green. This helps the driver avoid dangerously braking abruptly if their view is impeded and maintain a proper speed for going through an intersection without stopping.

In the future, the Buick V2X technology will further expand to include vehicle to pedestrian (V2P), vehicle to the cloud (V2C) and vehicle to home (V2H) technology.

Past work on V2X in China. At the 2018 SAE-China Congress & Exhibition, General Motors participated in a group demonstration of C-V2X (cellular connected vehicle to everything communications) application interoperability among different chipset makers, software providers and vehicle manufacturers.

It was the first multi-industry demonstration of interoperability of C-V2X, for which China recently announced its official frequency. It is also an initial demonstration following China’s first V2X application layer industry standard that was co-authored by GM and published in 2017.

GM has been at the forefront of driving V2X deployment in China, working with local partners and sharing its achievements. In 2016, GM became one of the first vehicle manufacturers to demonstrate the interoperability of V2X applications in the country. In 2017, GM successfully demonstrated its V2I capability on public roads in Shanghai.

GL6 MHEV. Among the other 17 Buick vehicles on display at southern China’s leading auto show are the 2021 GL6 multi-purpose vehicle (MPV) featuring standard 48V mild hybrid technology and enhanced connectivity, which is officially being launched, and the Electra electric crossover concept (earlier post) and GL8 25S premium MPV special edition, which are both making their first auto show appearance. 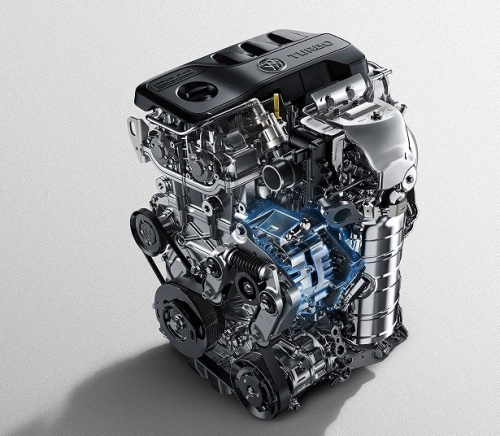 With maximum power of 120 kW and maximum torque of 230 N·m, it provides a more powerful, smooth and quiet driving experience while delivering better fuel efficiency. Its fuel consumption is as low as 6.1L/100 km, which is an improvement of 7.6% from the current-generation GL6.

Oh great. Another V2X standard. No car will talk to any other not of the same make.