Nissan launched the all-new Note compact car in Japan, with sales planned to begin 23 December. The new Note will come exclusively with Nissan’s e-POWER electrified powertrain (earlier post). As the company’s best-selling model in its home market, the car continues to play a key role in the Nissan NEXT global business transformation plan. 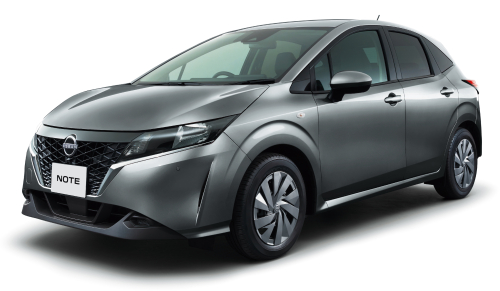 The new Note features the second generation of Nissan’s e-POWER electric powertrain—a series-hybrid drive system in which the only function of the combustion engine is to act as a generator to produce power for the battery.

Extensively redesigned and redeveloped, the system produces more power, a higher-quality driving experience and improved efficiency. It represents a step-change in performance, with responsive acceleration, smooth deceleration and quietness that only an electrified powertrain can deliver.

The new Note lineup will also feature an electric all-wheel drive model, with powerful dual electric motors in the front and rear supplying power to all four wheels. The AWD model is scheduled for launch in December.

The second-generation e-POWER system has an all-new electric motor and inverter. Electric motor torque has been increased by 10% and output by 6%. The e-POWER control technology has been tuned to achieve smoother acceleration and significantly improve cabin quietness.

The new inverter is now 40% smaller and 30% lighter. The onboard gasoline engine used to generate electrical energy is also more efficient, resulting in both increased power and better fuel economy. The engine now operates at a lower RPM and is engaged less often during a typical drive. Coupled with enhanced insulation in the vehicle body, this results in quietness that’s a class above typical compact cars.

As a world first, electrical energy generation is controlled according to road conditions. When road noise increases due to surface conditions and vehicle speed, the engine switches on to charge the e-POWER battery pack. This reduces the need for the engine to operate under otherwise quieter conditions.

In 2016, the Note e-POWER became a hot seller as soon as it started sales in Japan. With this all-new Note, we want to bring the joy of e-POWER to even more customers. Once you experience e-POWER, you will instantly discover why it has been well received by customers. It offers linear and exhilarating acceleration that is unique to 100% electric motor drive, but without the restraint of battery charge. This is the power of e-POWER.

Earlier this year, Nissan launched the Kicks e-POWER in Japan, Thailand and Indonesia. The company is also planning e-POWER launches in Europe and China. So far, customers have purchased about 430,000 vehicles equipped with the innovative powertrain.

By the end of fiscal year 2023, Nissan expects to deliver more than 1 million electrified vehicles, including EVs and e-POWER models, to customers around the world each year.

The new Note’s advanced safety technology offers 360 degrees of coverage to give drivers added assistance and peace of mind on the road. Drivers can enjoy Nissan’s ProPILOT with Navi-link, which syncs with the navigation system on highways and detects speed limit signs to automatically adjust the set speed. The system also uses navigation data to assess the angle of upcoming bends and decelerate the vehicle accordingly.

As a first for Nissan, 1,470 MPa ultra-high tensile steel has been adopted in the vehicle chassis, contributing to both weight reduction and improved passive safety performance.

Looks good. I wonder have they considered a PHEV version with say 6 or 12 kWh of battery to give 17 - 35 miles of pure E driving before the engine kicks in.
Might make it too heavy - wait for lighter batteries.
Even put a solar panel on the roof, get say 400w for 6 hours and have a 2.5 kWh battery to store the power. It would be light and give ~7 miles of solar driving / summer's day.
(Or are we just adding complexity where it is not needed).
No figures on the mpg or battery size (yet).
I wonder when they'll bring them to Europe and the USA.

Ford has a 3 cylinder turbo that would work in a Escape series hybrid.