Volkswagen Group of America opened a large electric vehicle charge park at the Innovation and Engineering Center California (IECC) – Silicon Valley Campus. In addition to 11 existing charging stations on campus, a total of 51 new charging stations are now fully operable on the property and accessible to the public. 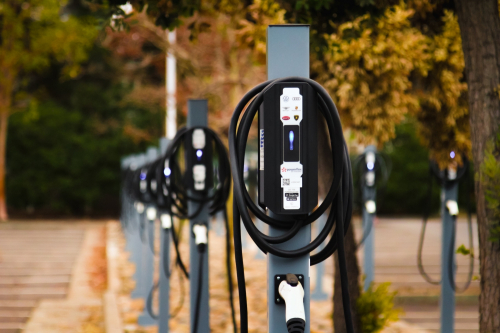 The software will determine the power delivery based on usage and time of day to help even out the electrical flow avoiding too much strain on the electrical grid and designed to offer lower charging costs to users.

All Volkswagen Group of America employees have free access to the stations and open stations are accessible to the public at a cost.

Since opening in 1998 with just three employees, the IECC has grown to nearly 200 engineers, scientists, designers and psychologists all working in synergy to bridge the gap between Silicon Valley technology and the automotive group.