Canada-based Standard Lithium Ltd. successfully completed the start-to-finish proof of concept of its lithium processing technology. Successful operation of the technology at pre-commercial continuous scale has directly extracted lithium from brine in Arkansas and produced a purified, concentrated intermediate product (LiCl solution) which has been converted to better than battery-quality lithium carbonate final product.

The culmination of the proof-of-concept was to convert and crystallize the LiCl solution produced by the company’s Direct Lithium Extraction (DLE) demonstration plant. The DLE plant is installed at LANXESS’ South Plant facility near El Dorado, Arkansas. The plant utilizes the company’s proprietary LiSTR technology and is designed to process continuously an input tail brine flow of 50 gallons per minute (gpm; or 11.4 m3/h) from the Lanxess South Plant, which is equivalent to an annual production of between 100-150 tonnes per year of lithium carbonate.

LiSTR selectively extracts lithium ions from raw brine (no pre-concentration). It is a bolt-on process to existing commercial bromine processing waste brine streams, and increases Li recovery to >90% vs <50% for evaporation processes, the company says. 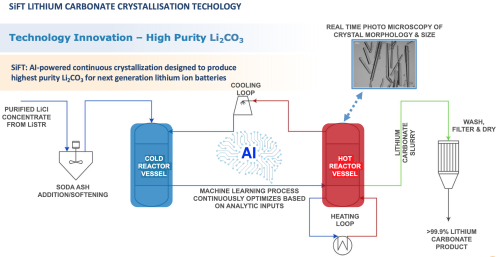 Trays of high purity lithium carbonate produced at the SiFT Pilot Plant in Richmond, BC, Canada, being dried in a controlled temperature oven prior to analysis. 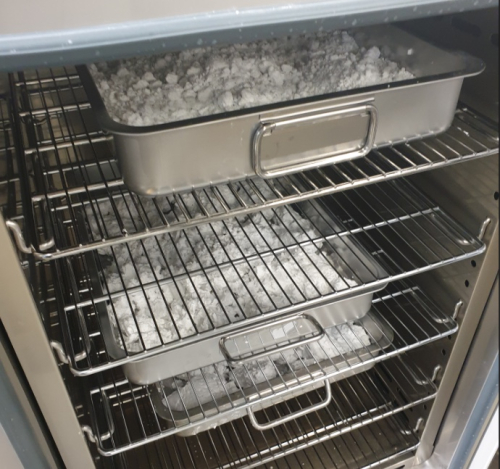 As seen in the table above, the lithium carbonate produced from the Arkansas brine is of very high purity (>99.92 wt.%), as opposed to the normal industry benchmark for battery quality which is usually understood to be >99.5 wt.%. Conversion of the lithium chloride to carbonate using a conventional process is ongoing, and is being performed by a third-party OEM/vendor in Plainfield, Illinois. Data from these tests will be released when available.

Standard Lithium continues to operate both the LiSTR DLE plant in Arkansas and the SiFT pilot plant in BC in order to gather additional operational data and refine design parameters to allow for future commercial scaling of the technologies. When current pandemic-related restrictions are eased or lifted, the company intends to relocate the SiFT plant to Arkansas so that it can be tied into the existing plant and operate on a continuous and integrated basis.

This is an extremely important milestone for Standard Lithium. We’ve managed to demonstrate the first of its kind continuous extraction of lithium from Smackover brine and we’ve converted it into better than battery quality material. Not only that, but we’ve done it at a large scale, which now allows us to keep on working towards commercialisation. This proof of concept validates our approach over the past four years, and is testament to the hard work and ingenuity of our deep and diverse technical team.

This is actually very important news!
Arkansas could be a huge supplier of Lithium thanks to the Smackover Formation.
Read this: "Arkansas' Huge Lithium Reserves go Unexploited, Until Now" https://www.prnewswire.com/news-releases/arkansas-huge-lithium-reserves-go-unexploited-until-now-864504146.html.