Australia’s IGO to take 25% of Greenbushes lithium mine and 49% in Li processing plant; $1.4B deal

Australian mining company IGO will acquire a 24.99% stake in the Greenbushes hard-rock lithium mine and a 49% share of the Kwinana lithium hydroxide plant—both in Western Australia—from China-based Tianqi Lithium for US$1.4 billion.

The deal will be funded through a combination of debt, IGO’s existing cash position (which totaled US$366 million at end-September 2020) and an equity raising, with completion targeted for Q2 2021.

Tianqi, one of the world’s top producers of lithium used in EV batteries, said it would use the proceeds from the stake sale to repay part of its $1.88 billion in loans set to mature near the end of December.

Roskill notes that this deal provides IGO with a share in one of the world’s lowest-cost hard-rock lithium mines and, once commissioned, one of the few lithium hydroxide production facilities outside of China coupled with an experienced partner in Tianqi. 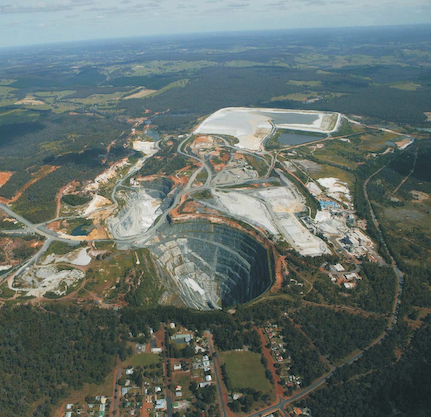 Greenbushes is located in Western Australia and is currently the largest hard-rock lithium mine in the world. Since May 2014, the mine has been owned by Talison Lithium in a joint venture between Tianqi Lithium (51%) and Albemarle (49%). It has produced spodumene concentrate predominantly for export to China-based mineral conversion plants or consumers of technical-grade spodumene concentrates in Europe, North America and China.

Lithium ore (spodumene) at Greenbushes is mined from the fresh, unweathered zones in the pegmatite (igneous rock, formed underground, with interlocking crystals) that are exposed in the open pits.

Mining there is a traditional drill and blast method with ore graded and stockpiled according to its mineralogical characteristics and grade. Waste material is trucked to designated areas within the site where it is contoured and replanted as part of an ongoing rehabilitation plan.

Various operating modes are used in the processing plants to produce a variety of different lithium concentrates to meet specific customer requirements.

Given the high-grade nature of the deposit, its economics are notably more favorable than those of most other existing Australian spodumene mines and projects globally, Roskill notes. Furthermore, once the mine is coupled with the domestic refining facilities close by in Kwinana and Kemerton (which are being developed by Albemarle), Roskill’s sustainability analysis shows the mine will have one of the lowest CO2 footprints of its hard-rock peers.

The Kwinana plant will have two individual production trains that will produce about 48,000 tonnes of battery-grade lithium hydroxide per year. The lithium hydroxide will be containerized and exported from the Port of Fremantle to customers around the globe.