Canada-based Neo Lithium Corp. (NLC) announced the closing of a previously announced equity investment by China-based Contemporary Amperex Technology Co. Limited (CATL), whereby CATL, through a subsidiary controlled by CATL, subscribed for 10,217,503 common shares of Neo Lithium at a price of C$0.84 per common share for gross proceeds to Neo Lithium of C$8,582,702 (US$6.7 million), representing approximately 8% of issued and outstanding shares of the Neo Lihtium.

The common shares issued to CATL are subject to a 4-month statutory hold period expiring on 15 April 2021. With the proceeds of the equity investment from CATL, Neo Lithium has a net cash position of approximately C$35 million (US$27 million).

The closing of the CATL strategic investment validates the quality of our 3Q project and the capabilities of our management team. It further strengthens our long-term commitment and focus on our Project as we work together with CATL to bring 3Q into full development by building a comprehensive financing plan. On behalf of the board, I am delighted and honoured to formally welcome CATL as a new shareholder and we look forward to working with them to advance the 3Q Project into construction and ultimate production.

The 3Q Project (Tres Quebradas Lithium Project) is located in Catamarca Province, the largest lithium producing area in Argentina, and covers approximately 35,000 ha including a salar complex of approximately 16,000 ha. 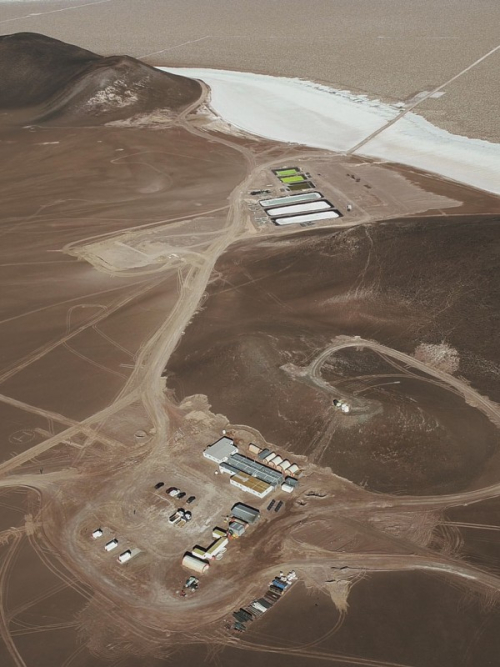 NLC conducted extensive processing and metallurgical studies to identify the preferred process for its 3Q Project. It was concluded that simple evaporation with minimal reagents combined with industry-standard carbonation processes can obtain Lithium Carbonate Battery Grade (BG) from the brine at the 3Q Project.

The environmental conditions at 3Q Salar make it possible to concentrate the brine in evaporation ponds. Space is available to build the ponds in a suitable location, from a geotechnical perspective. The location can accommodate expansion if necessary, to meet variations in the brine concentrations over the lifetime of the Project (35 years). In addition, there is enough space for stockpiling waste salts that are a natural byproduct of the solar evaporation process.

Proven and Probable Reserves for lithium are 32% of the Measured and Indicated Resources (4,005,000 tonnes LCE @ 400 mg/L cut-off); and the average lithium grade predicted for the production period is 790 mg/L.

CATL is a global leader in the development and manufacturing of lithium-ion batteries, with businesses covering R&D, manufacturing and sales in battery systems for new energy vehicles and energy storage systems. In 2019, the company’s EV battery sales volume reached 40.25 GWh worldwide, making it the world leader in annual EV battery consumption volume.