With clean hydrogen gaining recognition worldwide as a carbon-free fuel capable of making a significant contribution to addressing climate change, Southern California Gas Co. (SoCalGas) will field test a new technology that can simultaneously separate and compress hydrogen from a blend of hydrogen and natural gas. 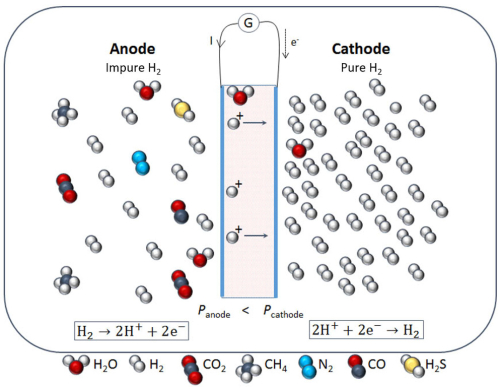 The new technology—Electrochemical Hydrogen Purification and Compression (EHPC)—works by applying an electrical current across a hydrogen-selective membrane to allow only hydrogen to permeate it while blocking the natural gas components. Continuously applying the electrical current builds up and pressurizes the hydrogen. 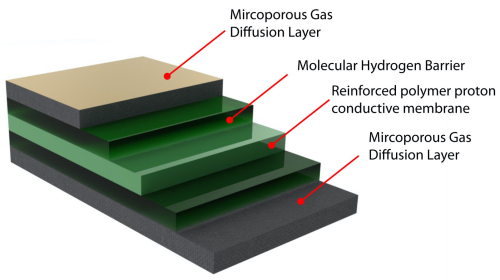 To test the technology, SoCalGas will blend hydrogen in concentrations from 3-15%, with methane, the primary component of natural gas. That blend of gases will then be injected through a simulated natural gas pipeline testing system into the EHPC system to continuously extract and compress the hydrogen at a rate of 10 kg per day.

SoCalGas’ testing will provide performance data that will enable fine-tuning and optimization of the EHPC system to accelerate scaling up the technology. Within the next two years, the EHPC technology is expected to be scaled to produce 100 kg of hydrogen a day or more from a single EHPC system, enough to fill 20 fuel cell electric vehicles.

The project is scheduled to begin in March at SoCalGas’ Engineering Analysis Center in Pico Rivera, California and slated to be complete by the third quarter of 2021.

At scale, the technology would allow hydrogen to be easily and affordably transported via the natural gas pipeline system, then extracted and compressed at fueling stations that provide hydrogen for fuel cell electric vehicles (FCEVs).

This innovative technology could be a game-changer, allowing hydrogen to be distributed to wherever it is needed using the natural gas grid. As demand increases for zero-emissions vehicles such as fuel cell electric cars, California will need thousands more hydrogen fueling stations—and this technology may help make that possible.

The so-called 'impossible' barriers for hydrogen mobility are crumbling fast.

This has been done in Hawaii.
H2 should be used for high value added applications.

Just about every country which has produced a plan for decarbonisation relies heavily on hydrogen to do so, including those such as Germany where it will have to be largely imported.

Two factors are driving then ongoing cost reductions making this possible, ever falling costs for renewables and electrolysis.

Without extensive use of hydrogen, and not only in high value applications, decarbonisation is just not happening, and there no country has put forward a plan which does not involve it in huge quantity.

Personally it seems that where practicable it might be preferable to put the fuel cells in the car rather than in the recharging stations, but they will be used in both places, and we will see how it all works out.

So, the idea is to use energy to reform and compress natural gas into hydrogen and then mix it with natural gas and use the existing natural gas pipelines for distribution; then use electrical energy to separate the hydrogen back out.
Looks as if the oil companies are pulling out all the stops to bring H2 to market.

' So, the idea is to use energy to reform and compress natural gas into hydrogen and then mix it with natural gas and use the existing natural gas pipelines for distribution;'

Nope. You might have a clue if you had just clicked on their website where the first thing they are talking about is hydrogen from renewables..

That is just like the plans in the UK, Germany and the Netherlands who are all moving to storing surplus renewables as hydrogen instead of simply throwing them away as they currently do.

The eventual plan is to decarbonise the entire NG grid and use hydrogen from renewables in the UK.

But this can deal with the initial mixes as are being trialled right now and separate them out.

@Davemart:
I believe that the H2 will more likely be generated by reforming when there are oil companies involved, especially when using fossil fuel assets, i.e., gas pipelines,
Also, I would greatly appreciate your points be made without the personal attacking. That way information can continued to be intelligently exchanged on a high level.

Lad,
You have never insulted anyone?
There is an achieve here.

There's a lot to be understood here.


Seiously, realize where it comes from.  This requires more changes than you understand.