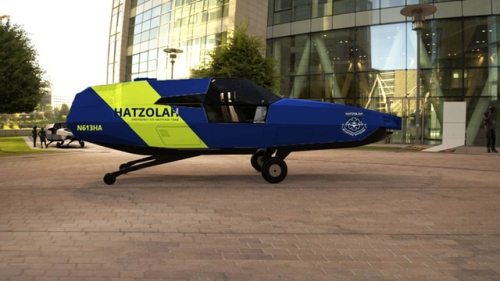 CityHawk is a lightweight twin-engine VTOL (vertical take-off and landing aircraft), with a uniquely compact footprint that can be optimized for urban transportation or emergency response. It will utilize jet propulsion, with cabins that are 20 to 30% larger and much quieter than comparable helicopters. The aircraft is planned to complete its development and FAA certification for EMS use and be ready for production within three to five years.

In June 2020, Urban Aeronautics signed an agreement with HyPoint, Inc. to advance the incorporation of hydrogen fuel cell power in its CityHawk eVTOL design. 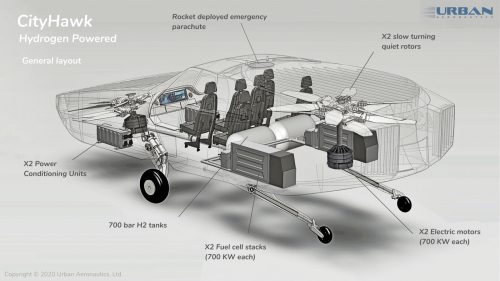 Hatzolah Air is a 501c3 Charitable Organization that provides urgent, emergent, rescue and charitable flights for patients and those in need. Hatzolah Air currently operates fixed-wing aircraft for Hatzolah’s urgent and emergent missions and is excited to pioneer the VTOL alternative to ground-based ambulances in densely populated urban settings globally.

Urban Aeronautics’ engineers are working closely with Hatzolah’s experts to tailor the CityHawk flying ambulance to their operational requirements. It will accommodate a pilot, a patient plus companion, two EMS personnel, and a complete suite of onboard life support equipment.