Volta, a builder of commerce-centric electric vehicle (EV) charging networks, announced an oversubscribed Series D financing of $125 million. Goldman Sachs acted as exclusive placement agent to the company in connection with the financing.

Volta builds and operates an EV charging network with the highest utilization in the United States. Strategically placed in front of essential businesses such as grocery stores, pharmacies, banks and hospitals, Volta’s EV network supports a larger consumer trend toward vehicle electrification by placing fueling stations in parking lots directly where consumers already spend their time and money. 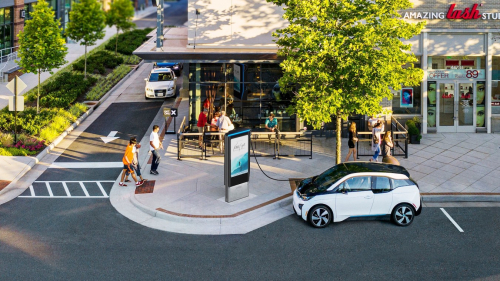 Currently located in 23 states and more than 200 municipalities, Volta’s network has gained significant acceptance and penetration in the market.

The electrification of mobility is one of the largest infrastructural shifts of our generation and Volta’s charging network is ready to anchor the accompanying consumer behavior that will change along with it. As we transition out of the carbon economy, we will see a fundamental transformation of our existing fueling infrastructure. Businesses anticipating this shift can take advantage of a revenue transfer from gas stations to retail locations in the community where consumers go, live, shop and play.

Volta’s business model centers around evolving spending habits caused by the move to electric vehicles by building charging infrastructure that reinforces the desired behavior at each location.

Volta’s charging stations feature eye-catching 55-inch digital displays, doubling as a media platform providing brands a way to reach millions of shoppers seconds before they enter the store to make a purchase. These sponsor-supported charging stations provide free energy to customers who are able to plug in their vehicles where and when they shop.

The Series D fundraising caps a banner year for Volta, bringing the fast-growing company’s total equity financing to more than $200 million. The capital raise will further accelerate Volta’s efforts to unlock the value of their contract portfolio, and increase their investment in product, engineering and network infrastructure. It will also allow Volta to begin its international expansion.