TuSimple is in a global partnership with VW’s TRATON Group to develop an autonomous system for heavy-duty trucks and is co-developing Level 4 self-driving trucks with Navistar, targeting production in 2024. TuSimple and Aeva have been working together using Aeva 4D LiDAR on the roads since 2019. 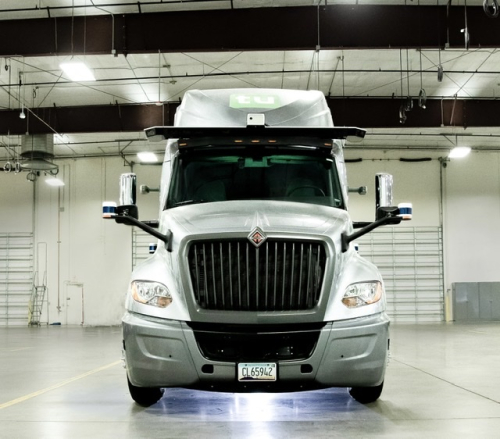 Aeva 4D LiDAR is the leading Frequency Modulated Continuous Wave (FMCW) technology to enable automated driving for series production. With its unique ability to measure instantaneous velocity for each pixel, long range performance at high resolutions, while being free from lidar or sunlight interference, Aeva’s 4D lidar is built from the ground up at silicon scale for mass market applications.

Unlike other LiDAR technologies, Aeva’s 4D LiDAR-on-chip uses a continuous laser beam to measure the change in frequency of the waveform as it reflects off of an object. This allows it to detect an object’s range and instant velocity simultaneously beyond 300 meters at high accuracy. Aeva’s technology also differs from other FMCW approaches in its unique ability to break the dependency between maximum range and points density.

Aeva is engaged with 30 of the top OEM and automotive industry players in the advanced driver assistance and autonomous driving industries, has received strategic investments from Porsche SE, the majority shareholder of VW Group, and has relationships with some of the largest Tier 1 automotive suppliers, including the German Tier 1 ZF, and the Japanese Tier 1 Denso.