Shell contracts with ECB Group for more than 2.5 billion liters of renewable diesel and jet

ECB Group Paraguay and Shell Trading (US) Company signed a multi-year contract that will provide more than 500 million liters (130 million gallons US) of renewable diesel and renewable jet fuel per year to Shell, one of the world’s largest energy companies. The contract is expected to run from 2024. 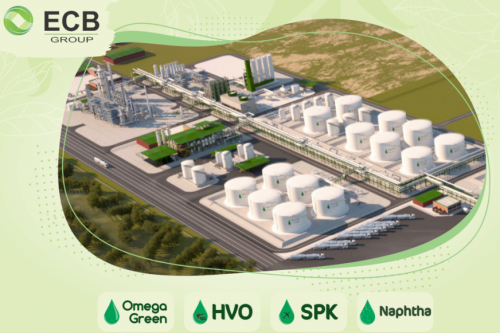 We are delighted to have Shell as our single largest offtaker. With Shell’s well-known focus on decarbonization initiatives, it makes perfect sense for us to work together to provide renewable fuels solutions, especially in the road transportation and aviation sectors. This agreement also positions the Omega Green state-of-the-art biorefinery as a major producer to supply a growing demand for low carbon fuels.

—founder and CEO of the ECB Group, Erasmo Carlos Battistella

The ECB Group, led by Battistella, is Brazil’s leading producer of biodiesel with an annual capacity of 828 million liters. With the contract signed today, the group establishes itself as the leading future producer of HVO and SAF in the southern hemisphere, providing fuels that help drive decarbonization of key transport sectors such as aviation and road transport.

The ECB Group venture to build and operate the Omega Green biorefinery includes contractor Honeywell UOP, owner of the renewable fuel refining technology for UOP Process reactors; Crown Iron Works, a US company that provides processing systems and technologies, including feedstock pretreatment technology; and Acciona, one of the world’s largest engineering and construction companies.

Earlier in January, ECB announced a contract with bp to sell in excess of a billion liters of biodistillate from the Omega Green biorefinery.