Rheinmetall Automotive has booked its first orders for an environmentally friendly fuel tank isolation valve (FTIV). Developed by Pierburg in Neuss, Germany, it is used in modern plug-in hybrid vehicles, which generally feature a hermetically sealed tank system so that fuel fumes cannot escape when the vehicle is operating in electric mode. In the process, the FTIV also controls the pressure ratio in the fuel tank. 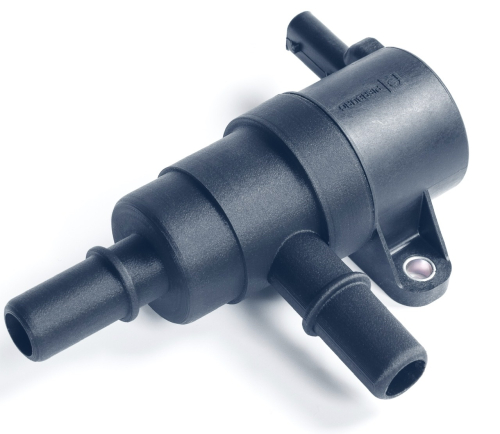 The latest orders for the valve come from well-known international automakers in Asia and Europe, and represent lifetime sales in excess of €10 million. Production of the FTIVs is scheduled to commence in early 2022 at Pierburg’s plant in Ústí nad Labem in the Czech Republic.

The fact that our new valve has been selling so well so soon after its market debut is due first of all to the extremely compact size of our components, which also happen to weigh less than any competing product.

In today’s sealed fuel tank systems, overpressure and negative pressure develop depending on the operating situation and ambient temperature. The Pierburg FTIV is normally closed when not actuated and it can be electrically opened on demand.

The valve is equipped with mechanical bypasses to release the cumulated pressure or vacuum from the fuel tank if it exceeds a certain range. The maximum flow of fuel vapors towards the carbon canister is limited by an integrated flow limitation feature. The valve ensures the leakage tightness and flow rate requirements of the modern pressurized EVAP systems in a compact and lightweight solution.

Due to its modular design, the FTIV can be equipped for numerous functions and adapted to meet a vast variety of operating specifications.

That is a good thing. You'll be storing fuel for much longer in a PHEV than a normal ICE (if you are using it right).