GEM commits to invest up to $100M in Skyworks Aeronautics; commercialization of eVTOL gyroplanes

Skyworks Aeronautics will use the funds to move forward with the commercialization of its gyroplane aircraft, including the eGyro electric air taxi geared towards urban air mobility and the 400 mph VertiJet VTOL aircraft that competes directly with helicopters, but at a much higher speed, longer range and lower operating cost. 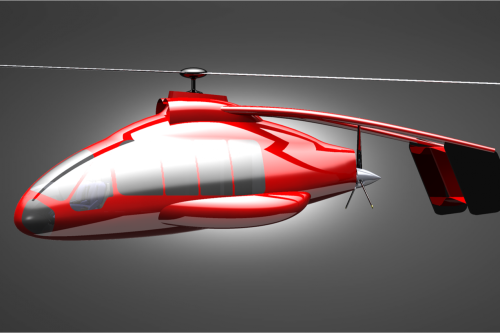 The core of Skyworks’ technology is sustained autorotative flight. Autorotation is the ability of a free-spinning rotor to generate lift. For a Gyroplane in forward flight, as shown in the diagram below, the unpowered rotor creates lift through autorotation, with forward thrust provided by an engine-driven propeller(s) or by jet engine(s), much like an airplane. Larger and/or faster Skyworks Aeronautics Gyroplanes have airplane wings. 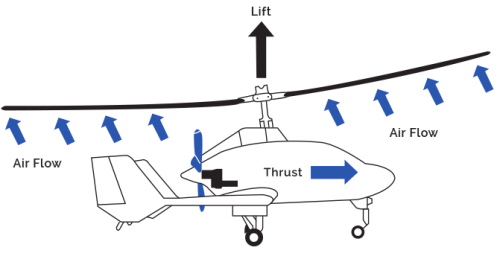 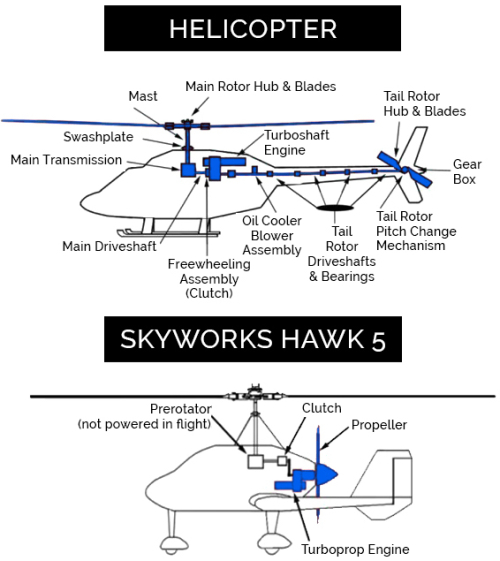 This agreement follows Skyworks Aeronautics’ recent announcement of its electric aircraft collaboration with Mobius.energy to produce the eGyro. The Skyworks Aeronautics eGyro has been designed to leverage the fundamental safety and exceptional performance advantages of a gyroplane to create an eVTOL system that provides a practical, affordable, and scalable approach to intra- and inter-city passenger and air cargo transport.

Mobius’ battery module architecture is cell type agnostic and platform independent. It can achieve the highest module-level specific energy for a given cell and can accommodate any new cell development. The current prototype achieved specific energy at 230 Wh/kg using the conventional 21700 cylindrical cells with a specific energy of 260 Wh/kg.