The California Department of Motor Vehicles (DMV) has issued an Autonomous Vehicle Testing Permit (with a driver) to VinFast (a division of Vingroup). VinFast—a Vietnamese company (earlier post)—is the 57th company to be issued such a testing permit. 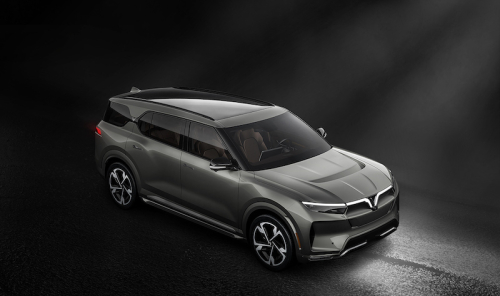 The VF32 and VF33 electric versions will be sold in the US, Canada and Europe markets from 2022.

The launch of high-tech electric vehicles, including electric scooters, electric buses and personal electric cars, is part of VinFast’s roadmap since entering the automotive market 3 years ago.

In Vietnam, Vietnamese automakers have started to install electric vehicle charging stations at commercial centers at Vinhomes Ocean Park, Vincom Long Bien (Hanoi) to serve the first electric cars produced, expected to be sold in 2021 in the Vietnam market.