The Michelin Group recently signed a transport commitment with the French shipping line NEOLINE. NEOLINE’s decarbonized shipping service relies on wind energy as the main propulsion for its 136m cargo ships with 4200 m2 of sails. 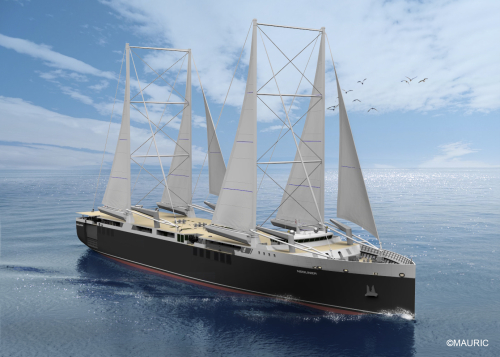 The transport commitment signed by Michelin concerns the transport of tires loaded in containers from Halifax (Canada) to Saint-Nazaire - Montoir de Bretagne (France) on the pilot line opened by NEOLINE, which will also serve the archipelago of Saint Pierre and Miquelon, as well as Baltimore.

NEOLINE plans to open its transatlantic line with a first operating vessel in 2023. With the arrival of a second vessel, scheduled a year later, the Michelin group will gradually entrust NEOLINE with at least 50% of the group’s containers transported on this line.

The NEOLINER will feature a hybrid auxilliary drive system comprising a controllable-pitch propeller with a 4000 kW main engine fueled by MGO Low Sulfur. 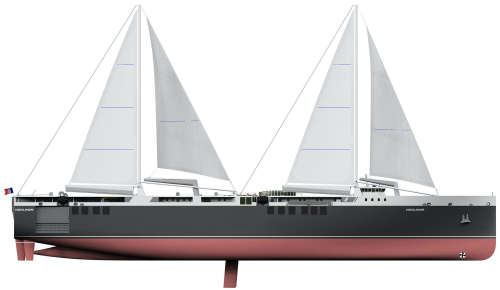 The ship is equipped with a duplex rigging and anti-drift fins, which favor regular and efficient navigation under sails. These elements are retractable to allow access to a majority of ports.

Equipped with 2 loading ramps, the NEOLINER can load cargo units of various sizes and types of packaging in 2 loading spaces, fully protected and secured in the event of rough conditions.

Using a set of mobile decks (car-decks), its transport capacities are optimized to load various types of freight, from light to heavy or oversized, up to 9.8m high and 200 tonnes, without any needs of lifting means. 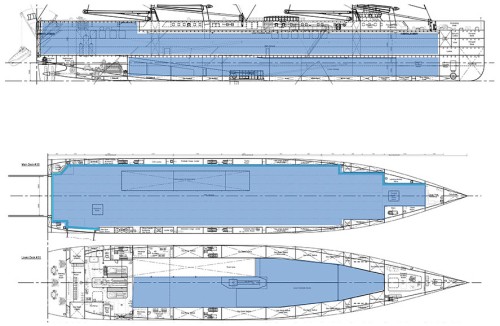 In terms of volume, the NEOLINER’s carrying capacity is:

In the shipping industry, container ships can range from the very small (100-499 TEU) to the ultra-large (14,501 TEU and higher). The new Algeciras class ships, which entered service last year, have a maximum theoretical capacity of 23,964 TEU.