LiquidPiston, Inc., a developer of advanced rotary internal combustion engines, has adapted its X-Engine technology for the United States Air Force to use in unmanned aerial systems (UAS) as well as “orbs”—urban air mobility (UAM) vehicles designed to carry people and cargo.

The X-Engine, a next-generation rotary diesel engine, is being evaluated as an enabling technology to power the UAS or orb through a hybrid-electric propulsion system. In September 2020, LiquidPiston received a Small Business Innovation Research (SBIR) Phase I grant from the US Army for the development of its X-Engine as a hybrid-electric propulsion platform for Army UAVs. (Earlier post.) 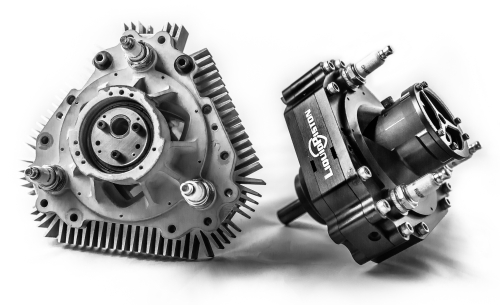 The Air Force has awarded LiquidPiston a Phase I ($150,000) Small Business Technology Transfer (STTR) contract through its AFWERX operation to enable this development of the X-Engine. The contract is in support of AFWERX’s Agility Prime, a non-traditional program seeking to leverage commercial electric vertical takeoff and landing (eVTOL) and other transformative vertical flight vehicles for government missions in a way that accelerates the emerging commercial market.

Orbs fall into this category and are classified by their eVTOL capabilities but are not to be confused with flying cars or drones.

A major issue facing all-electric vehicles—both aerial and ground vehicles—is that modern battery technology does not offer sufficient energy density, meaning the range of electric-only vehicles will be limited. For military orb vehicles and commercial urban air mobility to be operationally viable in a range of use cases, a stronger, lightweight power and energy source is needed to extend flight times significantly.

The X-Engine from LiquidPiston takes a hybrid approach to this problem. Because fuel is up to 50 times more energy-dense than today’s batteries, the X-Engine, coupled with a generator, can be configured to charge the battery and keep it charged during flight, significantly extending the range of an electric propulsion system.

Alternatively, the X-Engine can be configured in parallel with an electric drive, using the engine directly to produce thrust or lift. With the X-Engine’s hybrid approach, the Air Force can leverage the energy density of fuel, while still getting the benefits of an electric drive propulsion system to power an orb or UAS.

LiquidPiston’s X-Engine is a lightweight rotary engine capable of running on JP-8, jet fuel, diesel and other heavy fuels. The modular design of the engine coupled with the lightweight high-speed alternators enables technology to easily scale in size and increase the range of eVTOL UAS and UAM vehicles. The X-Engine is 30% more fuel-efficient than a diesel engine and up to 5-10x smaller and lighter. Compared to a small turbine, the X-engine is up to 2-4x more fuel-efficient while fitting a comparable envelope and weight.