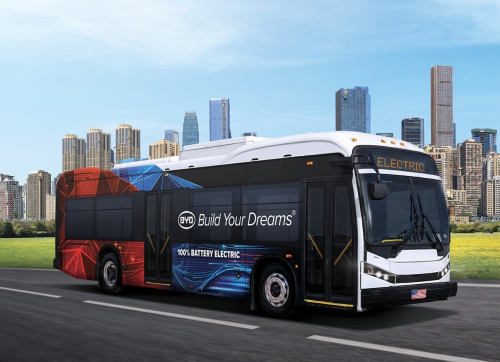 The K8M record-setting performance included high marks in structural durability, reliability, maintainability, and safety. As a result, US transit agencies can confidently use FTA funding to buy the K8M.

We set a new benchmark and record for the entire American electric bus industry.

The K8M transit bus is 35 feet in length and can seat up to 33 passengers. The electric bus is equipped with an up to 435kWh LFP battery and can be fully charged within 3 hours.

BYD offers the widest range of battery-electric bus and coach models in the United States, ranging from 23-foot motor coaches on up to the 60-foot K11M and 45-foot double-decker C10MS.