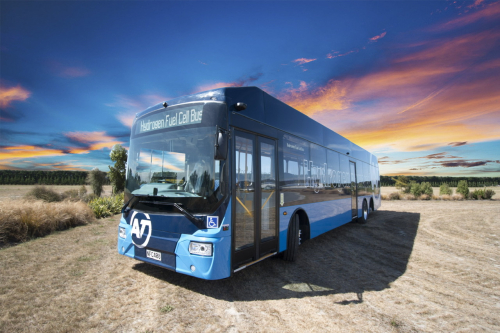 New Zealand passed its Climate Change Response (Zero Carbon) Amendment Act 2019, putting the country on a path to net zero emissions by 2050 and making it one of the few countries to have a zero-emissions goal enshrined in law.

In 2019 Global Bus Ventures was awarded a contract by Auckland Transport.mdwhich has responsibility for all transport services in the city.mdfor the supply of a Fuel Cell Electric Bus to be used as part of the Ports of Auckland hydrogen fuel production and refueling plant trial. The GBV-designed FCEB has been road-tested over the past several weeks in the city of Rolleston and was delivered to Auckland Transport earlier this month.

This is called the real change because the electric buses are environmentally friendly and low cost also. I easily can say is that these buses are the future of public transport, As like the https://www.scamadviser.com/check-website/papersowl.com are now the easiest to use. Hope the bus will pass the test of the time on the road.