BMW going broad rather than niche with EVs; at least one EV in 90% of market segments by 2023; MINI to be all-electric

The BMW Group is going for breadth with its fully electric vehicles; the company will offer at least one fully electric model on the road in around 90% of its current market segments by 2023, according to Group management

We are consciously adopting a broad approach with our all-electric offering rather than staying niche.

—Oliver Zipse, Chairman of the Board of Management of BMW AG

The combination of smart vehicle architectures and a highly flexible production network will enable the BMW Group to have around a dozen fully electric models on roads worldwide by 2023. This year, the three battery-electric models already on the market—the BMW i3, the MINI SE and the BMW iX3—will be joined by the BMW iX and the BMW i4—the latter three months earlier than originally planned.

The launch of the BMW iX and the BMW i4 will signalize the start of our technology offensive in 2021: these two all-electric vehicles will set the benchmark for BEVs going forward. 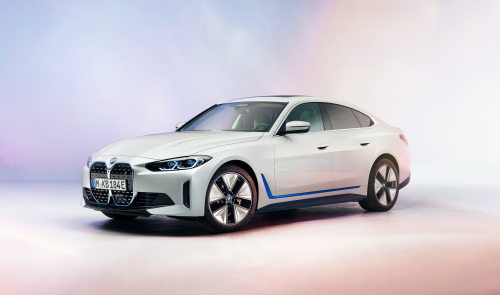 Fully electric versions of the highly popular BMW 5 Series and the BMW X1 will follow in the years to come, together with other models such as the BMW 7 Series and the successor to the MINI Countryman.

The strategy will enable the BMW Group to maintain an optimal balance of attractive products and efficient capacity utilization at its plants, even if demand in certain markets shifts completely towards fully electric vehicles in the coming years.

By 2025, deliveries of fully electric models will have grown by an average of well over 50% annually and therefore more than tenfold compared to 2020, the Group anticipates. By the end of 2025, the BMW Group will have delivered around two million fully electric vehicles to customers worldwide.

MINI to become an all-electric brand. MINI is absolutely ideal for electric mobility, the BMW Group said. MINI will therefore be introducing its last new combustion engine model as early as 2025 and launch only fully electric models from that point onwards.

By 2027, fully electric vehicles will account for at least 50% of all MINI deliveries to customers. By the early 2030s, the entire MINI range will be fully electric, while still remaining a global brand with a footprint in every region of the world.

The fully electric MINI SE is currently being manufactured at the Oxford plant. The successor to the MINI Countryman will be built at the Leipzig plant from 2023. The new MINI crossover model will be produced there in both combustion engine and fully electric versions. Based on a new vehicle architecture developed for all-electric mobility right from the outset, MINI BEVs will also be produced in China in collaboration with the local manufacturer Great Wall Motor from 2023 onwards.