In December 2020, Insitu completed the first flight of the ScanEagle3 UAV powered by an all-electric, hydrogen fueled, PEM fuel cell. The 30-minute flight confirmed initial performance characteristics including power output, climb rate, and intrinsic aerodynamic flight characteristics for the UAV in preparation for test flights using a Liquid Hydrogen (LH2) storage tank on the aircraft that are planned for later this year. 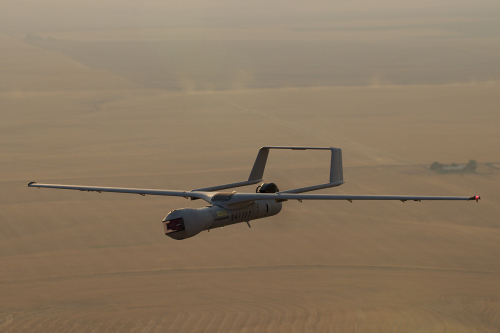 The 3-D-printed LH2 tank is an industry first, and is expected to support 10+ hours of endurance for ScanEagle3.

The LH2 Tank Integration project is part of a larger development effort to compare acoustic and thermal signatures of a small UAV powered with an internal combustion engine versus an all-electric power system.

For our global Defense customers, fuel-cell-powered UAS in this Group 2 space represent a significant game changer in the battlespace. Operationally, fuel-cell-powered platforms provide the potential for longer endurance missions, increased power availability for payloads, as well as significant reductions in noise signature.

Tests are expected to continue in Q2 of 2021 with the first liquid hydrogen flight planned for late summer 2021.

Altitude could be a problem for fuel cells