Pride will be integrating the all-electric trucks into its existing logistics, full maintenance, leasing, rental and equipment retail operations throughout the US and Canada, as well as deploying them with a selection of its fleet management clients. The majority of the trucks are expected to be delivered to Pride during 2021, with the remainder of deliveries expected to take place in 2022. 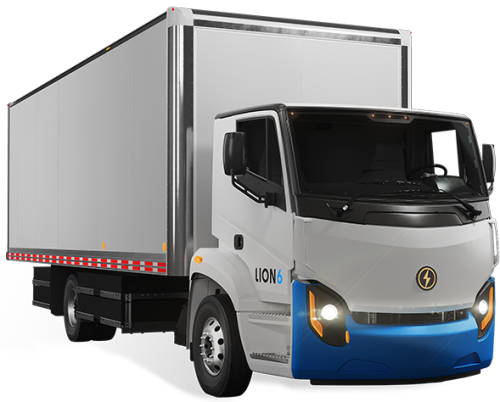 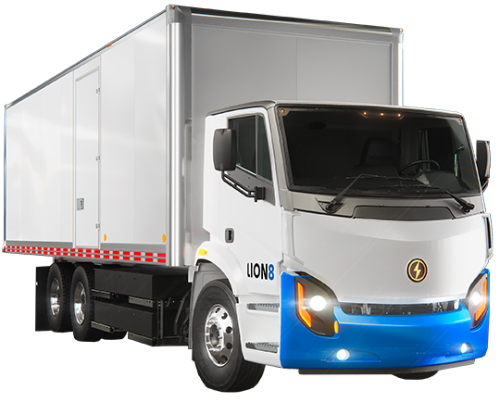 In addition to supplying the vehicles, Lion will also work to support Pride in key aspects of fleet electrification, including the installation of adequate charging infrastructure as well as integrating advanced telematics services into its operations.

The Lion6 and Lion8 trucks have ranges of 180 and 165 miles respectively, and will be used for regional shipping operations.

All of Lion’s vehicles are purpose-built for electric propulsion from the ground up, and are manufactured at Lion’s North American facility, which has a current capacity to produce approximately 2,500 electric trucks per year. Lion has delivered more than 300 all-electric heavy-duty vehicles in North America with more than 6 million miles driven since 2016.

Battery plant. Earlier this month, Lion announced today the construction of a battery manufacturing plant and innovation center in Québec. The factory is planned to begin operations in early 2023 and will produce battery packs and modules made from Lithium-ion cells. Construction is projected to break ground over the next few months at a location to be confirmed in the near future.

The project and its development represent an investment of approximately C$185 million by Lion, which will benefit from important support by the federal and provincial governments of approximately C$100 million (C$50 million each). With the construction of the plant, Lion predicts to see a considerable reduction in the cost of its vehicle manufacturing while ensuring control and optimization of a key component of its vehicle supply chain. Given the battery is the most expensive component of an electric vehicle, this new manufacturing capability will have a direct impact on the development of heavy-duty electric transportation while also offering important environmental and economic benefits.

With a planned yearly production capacity of 5 GWh in battery storage, Lion will be able to electrify approximately 14,000 medium- and heavy-duty vehicles annually. The manufacturing plant and innovation center will offer Lion many advantages, including a reduction in its battery system production cost as well as a stable line of procurement of battery packs.

Highly automated, Lion’s factory is projected to produce one battery module every 11 seconds and a full battery pack every 5 minutes. Lion Electric will be the first Canadian manufacturer of medium- and heavy-duty vehicles to equip itself with its own automated battery pack manufacturing capability, utilizing cutting-edge technology.

Lion’s innovation center will focus on research and development, with the goal of exploring and achieving new advancements in performance, range, energy capacity and the development of innovative products, and will allow the company the flexibility needed to rapidly adapt to emerging technologies.