Mercedes-Benz and Siemens will cooperate on advancing digitalization and automation in the automotive industry, supported by the State of Berlin. Mercedes-Benz AG aims to digitize its production processes. Siemens, a leading supplier in the field of automation, industrial software and smart infrastructure, will bring its expertise and technologies to the partnership to develop highly flexible, efficient and sustainable automotive production together with Mercedes-Benz.

The Mercedes-Benz Berlin-Marienfelde site in Germany will be transformed into a competence center for digitalization with a focus on the development and implementation of the digital Mercedes-Benz Cars ecosystem MO360, in addition to the redesign of production activities. 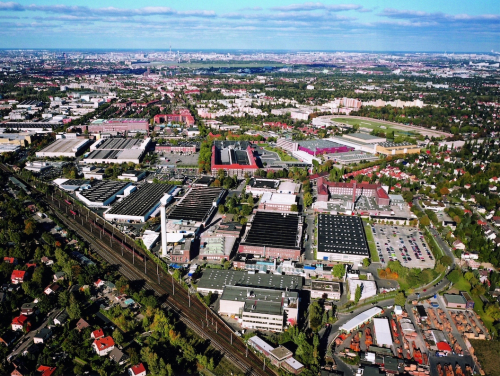 In the future, e-mobility components will also be assembled in Berlin. The company wants to secure the future for the Berlin plant, which is the oldest site in the Mercedes-Benz global powertrain production network.

The Mercedes-Benz Digital Factory Campus in Berlin is the technological and digital nucleus for the whole Mercedes-Benz Cars production network. Its objective is to roll out the new developments that have been tested in Berlin at the Mercedes-Benz plants worldwide and to provide the users with the required qualifications.

With the Werner-von-Siemens Center for Industry and Science in the Siemensstadt in Berlin, there is already an excellent wealth of experience that can be incorporated into the cooperation. With the synergies of the Siemensstadt2 and the Mercedes-Benz Digital Factory Campus Berlin, plants that represent the origin of industrialization in Germany, will be transformed into two modern digital sites.

Siemens’ automation and software solutions lay the foundation for the digital transformation of automotive production. The physical and virtual worlds as well as operational technology and IT can be combined with them. This opens up new possibilities for gathering, understanding and using the huge amounts of data generated in engineering and production. With IoT applications, for example, production processes can be made much more flexible and energy efficient.

The State Government of Berlin welcomes and supports both the clear commitment to the production and innovation location, the transformation and the cooperation between the two companies. The State of Berlin will support the partnership, which is part of the excellent science and start-up landscape in Berlin. Against this background, the Governing Mayor of Berlin will sponsor the cooperation.