ElectraMeccanica Vehicles Corp., a Canada-based designer and manufacturer of electric vehicles, has selected Mesa, AZ, for its US assembly facility and engineering technical center. Phoenix ranks as the fifth-largest city in the US according to 2020 census data, with nearly 1.8 million residents. Mesa, a suburb of Phoenix, ranks 35th nationally.

The proposed facility in Mesa will support ElectraMeccanica’s strategic plan to meet anticipated demand for its flagship SOLO EV. When fully operational, the facility is expected to create up to 500 new jobs and will be capable of producing up to 20,000 SOLOs per year. 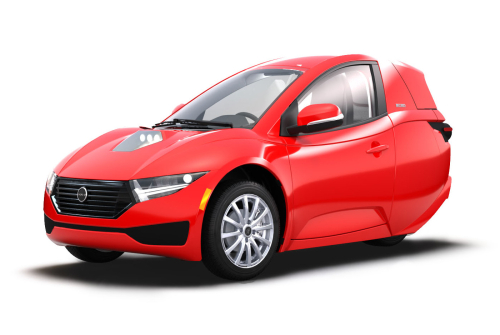 The SOLO is a purpose-built, three-wheeled, all-electric solution for the urban environment, and is engineered for a single occupant. With a 17.3 kWh battery pack, the SOLO has a range of 100 miles and a top speed of 80 mph, making it safe for highways.

The facility will feature both a light vehicle assembly plant along with an engineering technical center, including multiple labs to support research facilities as well as vehicle chassis, battery pack and power electronics testing workshops. ElectraMeccanica also expects this new facility to generate second-order effects that will positively impact the local and state economies.

In addition to strong consumer interest in the SOLO EV, the company has seen growing interest in commercial fleet and utility applications. Beyond working to address commuting and traffic congestion challenges in the region, the company intends to work with local municipalities to initiate a future pilot SOLO share ecosystem in the Mesa and the greater Phoenix region. Plans for this program will be forthcoming.

The SOLO features an accessible price point of $18,500 and is currently available for pre-orders.

Maybe it is time to revisit the GM Lean Machine and design an electric version.

The SOLO EV is probably easier to get in and out of but the GM Lean Machine always looked like it was much more fun to operate. When it was designed in 1982, they claimed that they could get the performance of a (1982) Corvette while getting 200 mpg.

I have seen another video clip of the lean machine being driven on a road with wet leaves in a manner that would surely cause an accident with a motorcycle. You can actually slide the Lean Machine and recover much easier than you can with a motorcycle.