ZeroAvia is launching the development program for a 2MW hydrogen-electric powertrain for full-size regional aircraft. The program kick-off is supported by a new raise of $24.3 million, led by Horizons Ventures, joined by a new investor: British Airways.

The latest funding brings the company’s total private investment to more than $53 million and the total funding raised since inception to nearly $74 million.

This funding follows the announcement in December that the UK Government—through the Department for Business Energy & Industrial Strategy (BEIS), the Aerospace Technology Institute (ATI), and Innovate UK—had awarded a £12.3-million grant ($17-million) to deliver a breakthrough 19-seat hydrogen-electric powered aircraft that is market-ready by 2023.

ZeroAvia announced its $21.4-million Series A funding round at the same time, accelerating its 600kW development program scheduled for commercial entry in 2024. 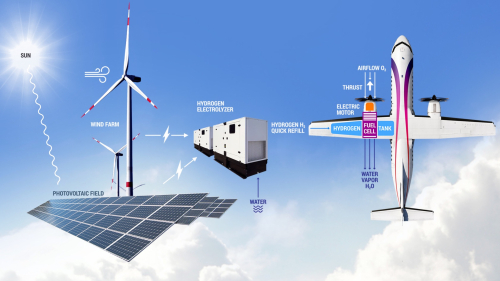 ZeroAvia expects to achieve commercialization for its hydrogen-electric powertrain as early as 2024. Its hydrogen aviation solutions will address various markets by initially targeting a 500-mile range in 10-20 seat aircraft used for commercial passenger transport, package delivery, agriculture, and beyond. Accelerated by this new capital infusion, ZeroAvia will also target entering the 50+ seat commercial aircraft segment by 2026.

As the company continues to scale its global operations, ZeroAvia also brings three new members to the senior team:

ZeroAvia offers hydrogen-fueled powertrain technology to replace conventional engines in commercial aircraft. Adoption of this technology results not only in true zero-emission flight but also in lower fuel and maintenance costs. The company previously completed its first electric flight in the US in 2019, then built the second flying prototype in the UK, and conducted its first electric flight in June of 2020. In September 2020, it achieved the world's first hydrogen-electric flight of a commercial-grade aircraft.

Additionally, the company just completed a ground simulation of the complete power profile for its upcoming first cross-country flight. The ground test demonstrated a full battery shutdown in-flight using the company’s unique fuel cell powertrain configuration, allowing for complete removal of the battery system in the next configuration of the powertrain.

We had an informative discussion on this on the prior article:

Regional and LH2 could be the way