Total has begun producing sustainable aviation fuel (SAF) at its La Mède biorefinery in southern France and its Oudalle facility near Le Havre. The biojet fuel, made from used cooking oil, will be delivered to French airports starting in April 2021. Total will also be able to produce SAF as from 2024 at its zero-crude Grandpuits platform, southeast of Paris.

Total started up production at the La Mède biorefinery—converted from a former oil refinery—in 2019. The La Mède complex encompasses: 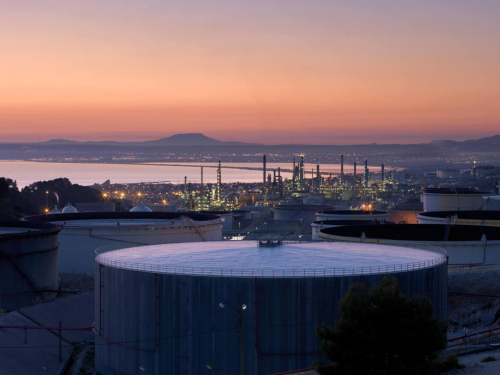 In September 2020, Total announced plans to invest more than €500 million to convert its Grandpuits refinery into a zero-crude platform. Biofuels, bioplastics and plastic waste recycling form the backbone of this project, which is part of the strategy to get to net-zero emissions by 2050. All of these sustainable aviation fuels will be made from animal fat, used cooking oil and other waste and residue sourced from the circular economy. Total will not use vegetable oils as feedstock.

In this way, Total will be in a position to respond from its production sites in France to new French legislation that calls for aircraft to use at least 1% biojet fuel by 2022, 2% by 2025 and 5% by 2030.

The development of SAF is one of the strategic paths being pursued by Total to meet the challenge of carbon neutrality, as biojet fuels help reduce CO2 emissions from air transportation.

Total is involved in numerous initiatives to produce and market sustainable aviation fuel in partnership with aviation industry partners. The Group will create a dedicated Renewable Fuels Business Unit in May.