The financing allows Universal Hydrogen to accelerate the development of its hydrogen logistics network and regional aircraft conversion kits, and bolsters the company’s burgeoning commercial activities. 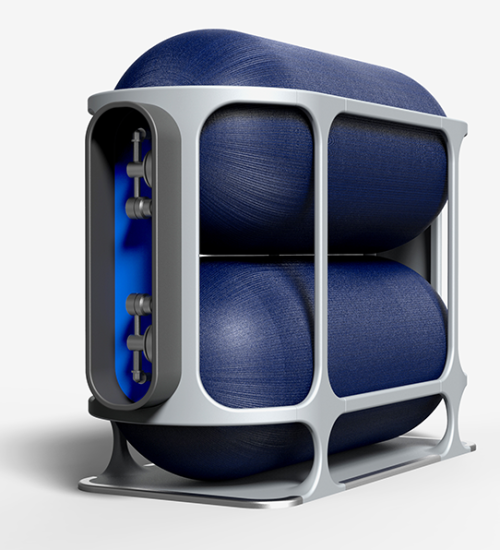 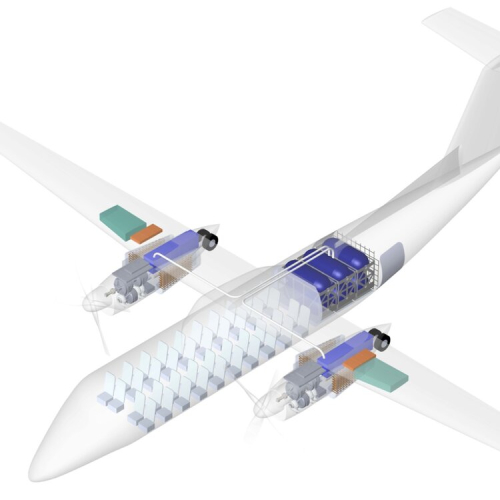 First commercial flights are planned no later than 2025, with operating costs equivalent to those of conventional hydrocarbon-burning airplanes and decreasing rapidly thereafter.

We see the near-term decarbonization of regional aviation as a first step and catalyst, setting the whole industry on a path to meeting Paris Agreement emissions targets. Hydrogen is today the only viable fuel for getting to true zero emissions in commercial aviation, and our goal is to de-risk the decision for Airbus, Boeing, and COMAC to make their next new airplane in the 2030s a hydrogen-powered one.

To that end, Universal Hydrogen will make hydrogen economically and universally available at airports worldwide, work with regulators to develop appropriate certification and safety standards, and demonstrate passenger enthusiasm for carbon-free, hydrogen-powered flight.

The current financing round will enable Universal Hydrogen to grow its engineering team, complete a 2 MW fuel cell powertrain, and fully test both liquid and gaseous hydrogen capsules. The company is taking additional airline orders for its first several years of commercial deliveries. The company is also consolidating its operating footprint at Jack Northrop Field in Hawthorne, California.

With Toyota's involvement it will be interesting to see if they go the route of trying to piggyback on the relatively high volume of car fuel cells, and use a modified Mirai stack, or they go for more specialist higher density ones, likely at higher cost.

I reckon that is probably the route they will go, as weight is very important in aircraft, and can't be tolerated as much as in marine applications.

"First commercial flights are planned no later than 2025"

Good luck with that without already having a flying prototype and having to meet all of the FAA and European standards. This sounds like a flying version of the Nicola Truck.

Eviation expects to have their battery electric commuter aircraft flying by 2024. I doubt that they will make this deadline either but at least they have a prototype and I would bet on this before I would bet on Universal Hydrogen.

I had a look at who these guys are. on their site.
They are heavily tied in with Airbus, and pretty much top guys in their fields.

I certainly don't equate them with Nikola, who I said was a hyped up load of nothing.

Check out the board and the projects they have been involved in, including prototype hybrid planes etc:

I did look at the web site you recommended and I was probably wrong to equate them to Nicola. However, I would still bet against them on having commercial flights by 2025.

At least Bye Aerospace has 2 seat and 4 seat battery electric aircraft flying and is probably close to having FAA certification for the 2 seater.

We should look at Cargo Drones instead of looking at passenger travel and it may be closer than you think.
Several cargo drones capable of carrying hundreds or thousands of kilograms are in flight test, as well as a Cessna Caravan aircraft equipped with an autonomous flight system (check out https://www.xwing.com).
The Cessna Caravan aircraft would be a good choice for Universal Hydrogen since their magniX partner is already flying that aircraft (read "First Flight of MagniX eCaravan Showcases Maturity of Electric Aviation", Aviation Today, May 29, 2020.)
For longer range travel, liquid H2 would be needed (as @SJC points out), partner Plug Power has that covered, too.

You may be right, I don't know enough about the process to evaluate the timeline.

However, on their strategic advisory board they have two each of ex top brass of Airbus and the FAA, so at least they will have the best possible insights into what they need to do to get certified.

Any answer to replacing the current dirty blowtorch jet engines is a giant step forward.
I see the early answer to electric flight is battery electric for short range, followed by HFCs with jet engines burning H2 kicking the craft to altitude for long range, heavyweight flights..