Snam4Mobility, a Snam Group company active in sustainable mobility, and Wolftank Hydrogen, a company of the Austrian Group Wolftank-Adisa dedicated to hydrogen and renewable energy production and distribution plants, have started a collaboration aimed at boosting hydrogen mobility through the construction of refueling stations for cars, buses and trucks.

Following the signing of a memorandum of understanding, the two companies are evaluating infrastructure initiatives to enable the use of hydrogen in the transport sector in Italy and potentially in other countries. The first initiative is a joint expression of interest in response to the consultation of the Institute for Technological Innovations (IIT) in Bolzano for the construction of new refueling stations along the Brenner Motorway (A22). 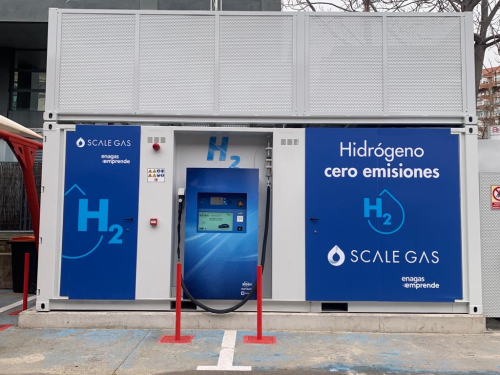 Snam4Mobility and Wolftank Hydrogen may possibly define, with binding agreements, the mutual commitment to combine their respective competences in the technological and infrastructural sector to promote the adoption of hydrogen as a green and renewable vector for transport decarbonisation. Currently, there is only one public refueling station for hydrogen vehicles in Italy, in Bolzano, which was built in 2012 with the support of the H2 Platform companies, including Wolftank.

Snam will be able to leverage the expertise acquired in the hydrogen sector, including through its dedicated business unit, for the development of sustainable mobility projects. The company’s strategic plan includes the construction of at least five hydrogen refueling stations by 2024.

Wolftank Hydrogen anticipates strong growth in the market for hydrogen refueling stations in Europe and worldwide, as several countries and states outside Europe, such as Japan, China and California, each plan to have one million Fuel Cell Electric Vehicles (FCEV) on the road by 2030, with the associated need for manufacturing and logistics infrastructure. Key competences will be the storage and management of process software for compression, temperature control and dispensers.

Wolftank Hydrogen and Snam4Mobility may possibly extend their collaboration to the neighboring markets of Germany, Austria and Switzerland.