Shchekinoazot and Haldor Topsoe to cooperate on blue and green methanol, ammonia, and hydrogen and CO2 reduction

Topsoe and the leading Russian chemical company Shchekinoazot have signed a Memorandum of Understanding (MoU) to synchronize vison and plans on developing blue and green methanol, ammonia, and hydrogen production and reducing CO2 emissions. 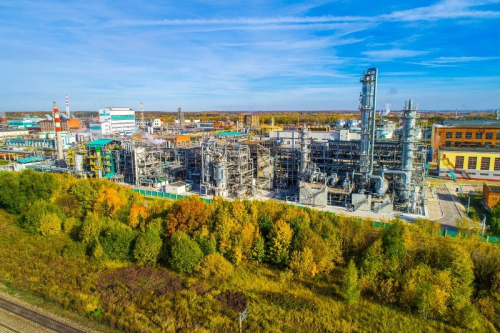 The two companies agreed to inform each other on latest technological developments and jointly explore opportunities of implementing Topsoe’s technologies at Shchekinoazot’s plants to produce high quality chemicals efficiently and safely with the lowest rates of greenhouse gas emission.

Topsoe is already engaged in several projects to produce green hydrogen, green ammonia, eMethanol, and efuels. An example is the Helios project in NEOM, Saudi Arabia, announced in July 2020, which includes the world’s largest ammonia loop (1.2 million tons per year) delivered by Topsoe.

Shchekinoazot and Topsoe have worked together for the last 15 years and have successfully implemented five projects together related to ammonia, methanol and hydrogen production, applying technologies and catalysts developed and supplied by Topsoe.