The BMW Group is launching production of battery components at its plants in Leipzig and Regensburg and expanding its e-drive production network. It has been less than a year since the decision was made to expand production capacity for e-drives in Germany. 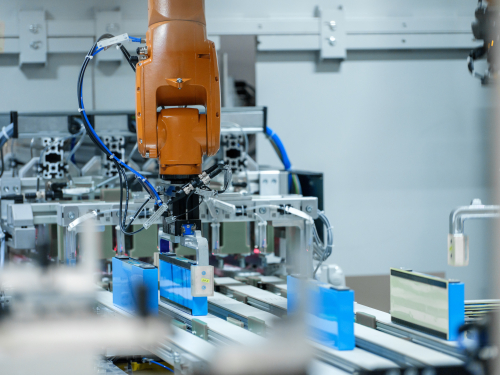 We expect at least 50 percent of the vehicles we deliver to our customers worldwide to be fully electric by 2030. And we are systematically expanding our production network for electric drive trains in response to this.

The company is investing more than €250 million in its Regensburg and Leipzig locations alone to supply the BMW Group’s growing number of electrified vehicles with high-voltage batteries. High-voltage battery components will be used in production of the BMW iX and BMW i4, both of which will be released onto the market shortly. The production systems are highly flexible and will also supply battery components for other BMW Group electrified vehicles in the future.

The BMW Group is investing a total of around €790 million in expanding production capacity for drivetrain components for electrified vehicles at its Dingolfing, Leipzig, Regensburg and Steyr locations between 2020 and 2022. 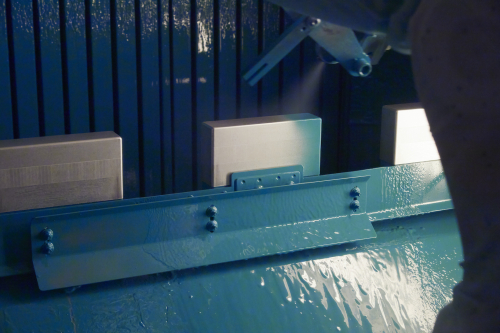 Battery cell coating at the Competence Center for E-Drive Production in Dingolfing.

Leipzig is the BMW Group’s pioneer plant for electromobility and has been building the BMW Group’s first fully-electric vehicle, the BMW i3, since 2013. Now, the location will also produce electric drivetrain components.

The company has already decided to further increase capacity for battery module production at its Leipzig location. A second production line will come on stream in 2022. This will ensure the company has sufficient volumes to meet growing demand for drivetrains.

The first of four coating lines for fifth-generation battery cells went on stream in April 2021, occupying a production and logistics area of more than 40,000 m2.

The three other systems will ramp up in stages between now and the end of 2021 to supply the growing volumes needed for the BMW Group’s fully electric vehicles. Up until now, battery cells have been coated at BMW Group Plant Dingolfing and the BMW Brilliance Automotive Plant Powertrain in Shenyang, China.

From 2022, the plant in Regensburg will produce high-voltage batteries from battery modules. A total of 100 employees already work in battery component production at the Regensburg site; by the end of 2022, there will be more than 300. The company will invest more than €150 million in ramping up production of battery components and high-voltage batteries between 2020 and 2022.

The BMW Group has reached an agreement with its suppliers that they will only use renewable green power for producing fifth-generation battery cells.

The high-voltage batteries and battery components needed for all BMW and MINI electrified vehicles come from the company’s own battery factories in Dingolfing, Leipzig and Regensburg in Germany, as well as from Spartanburg (USA) and Shenyang (China). The BMW Group has also localized production of high-voltage batteries in Thailand, at its Rayong plant, and is working with the Dräxlmaier Group for this. Munich is home to the e-drive pilot plant and the Battery Cell Competence Center, where the BMW Group is conducting a full analysis of battery cell value creation processes and refining technology for its production processes.

The company produces electric motors at the Competence Center for E-Drive Production in Dingolfing and at BMW Group Plant Landshut. BMW Group Plant Steyr builds the housing for the highly integrated fifth-generation e-drive.