Pony.ai is set to deploy automotive-grade production autonomous fleets in 2023 globally. The next-generation fleet will integrate Luminar’s Iris and feature a multi-sensor 360-degree configuration and a slimmest profile roofline at just 10cm off of the vehicle roof. 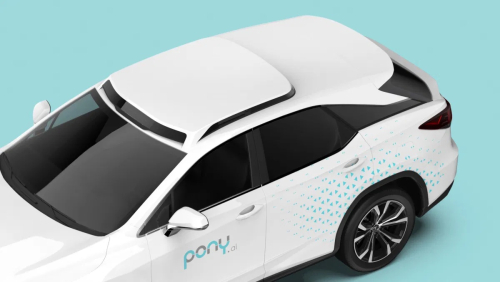 The goal of the partnership is to increase safe, autonomous driving in complex urban environments with an integrated sensor design that leads advanced development to production scale.

The partnership followed Pony.ai’s expansion of its Robotaxi service across five cities in China and the U, including Guangzhou, Shanghai, Beijing, Irvine and Fremont, CA. Pony.ai began testing China’s first Robotaxi service, PonyPilot, in late 2018 in Guangzhou, and in 2019 became the first company to roll out a public-facing Robotaxi service in California. It is the only self-driving company with large-scale deployment across five cities internationally and a fleet of more than 200 autonomous vehicles.

In 2020, Pony.ai raised $400 million from Toyota Motor Corporation to deepen and expand the two companies’ collaboration in mobility services. The investment came as an extension of a business partnership that was formed between Pony.ai and Toyota in 2019.

Luminar has also received minority investments from Daimler Truck AG and Volvo Cars to accelerate the introduction of autonomous trucks and cars at highway speed.