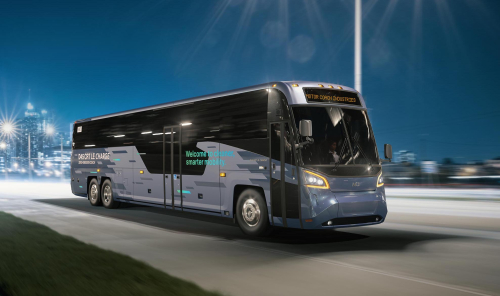 The fully-accessible MCI D45 CRT LE CHARGE is a high-performance electric coach leveraging enhanced regenerative braking and next-generation, high-energy batteries that deliver more than 170 miles of range in the 389kWh model, and more than 230 miles in the 544 kWh model.