The Liquid Wind consortium in Sweden has selected Worley to provide basic engineering services for one of the world’s first commercial-scale eMethanol facilities. Worley is a leading supplier of engineering, procurement and construction services and will support designing a facility concept that can be efficiently replicated to establish 500 eMethanol plants by 2050. 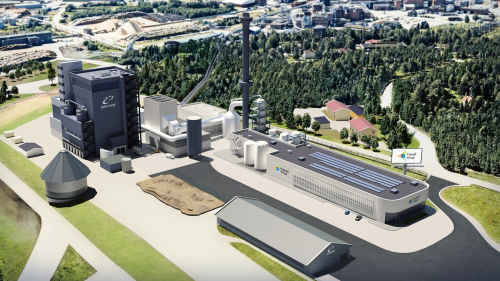 Worley will provide front-end engineering design services for the eMethanol facility which will be constructed in Örnsköldsvik, on the north-east coast of Sweden and be integrated with the host power station, Övik Energi. Worley brings extensive experience with similar projects, including hydrogen, carbon capture and eFuel. The Consortium also includes Alfa Laval, Carbon Clean, Haldor Topsoe and Siemens Energy.

Worley will, together with the consortium partners, design a standardized and modular facility concept, that can be efficiently replicated and assembled for subsequent flagships. During the design phase a digital twin will be established using a COMOS engineering database.

Synthetic fuels will play a significant role in the future of transportation and in the decarbonisation of several other industries.

Construction of the first facility is planned for early 2022, with eMethanol available early 2024.

Use this with Blue World high temperature PEM