Researchers in Mexico have used a genetically engineered Escherichia coli to scale-up the co-production of hydrogen (H2) and ethanol (EtOH) using hemicellulosic hydrolysates from wheat straw pretreated (WSP) as substrate from a 0.01 to 10 L process. A paper on their work is published in the journal Fuel. 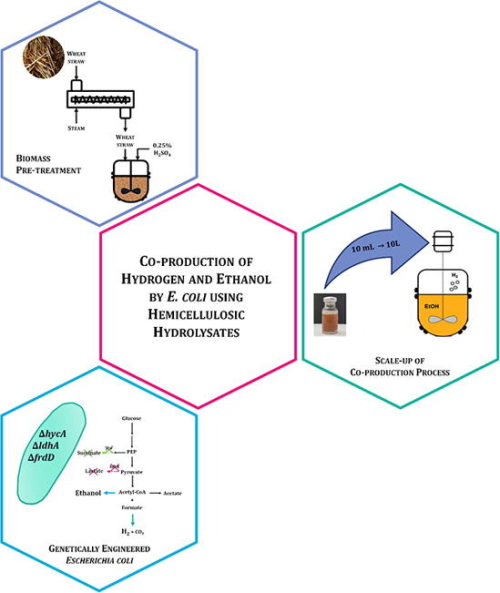 Co-production of biofuels was performed through the redirection of carbon-flux to ethanol by deleting ldhA (D-lactate dehydrogenase) and frdD (fumarate reductase) genes in an H2-overproducer strain (E. coli WDH). Resulting strain, E. coli WDH-LF (ΔhycA ΔfrdD ΔldhA), increased up to 70% and 167% the H2 and EtOH production from glucose compared with the parenteral strain.

Using WSP as substrate, the yields of H2 and EtOH remained constant at all the evaluated scales.