The Australian Renewable Energy Agency (ARENA) is awarding Alcoa of Australia $8.8 million (A$11.3 million) toward testing the potential use of renewable energy in a Mechanical Vapor Recompression (MVR) process for alumina refining. Total project cost is US$21.9 million (A$28.2 million). The development project has the potential to reduce carbon emissions in the alumina refining process significantly.

Alcoa of Australia is currently conducting technical and commercial studies to adapt MVR technology to refining. Electricity sourced from renewable energy would power compressors to turn waste vapor into steam, which would then be used to provide refinery process heat. Electrifying steam production in the evaporation aspects of the alumina refining process could displace fossil fuel boiler steam production in the process. Demonstrating successful operation of the technology for evaporation could enable its use to be extended to other process duties, further displacing fossil fuels.

If the feasibility studies are successful, Alcoa of Australia plans to install, by the end of 2023, a three megawatt MVR module with renewable energy at the Wagerup refinery in Western Australia to test the technology at scale. 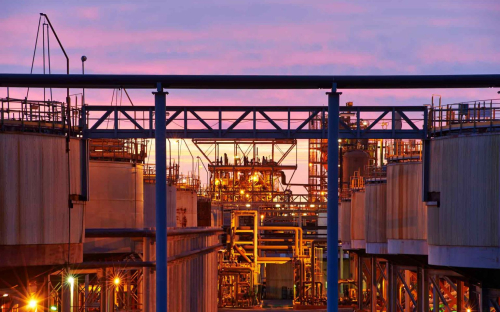 Already, Alcoa is the world’s lowest carbon intensity alumina producer, and the application of MVR, if proven successful, would be an important step forward in further reducing greenhouse gas emissions. Using lower carbon alumina in the smelting process will reduce the overall carbon footprint of the metal, too, when considering the indirect and direct emissions across bauxite mining, alumina refining and aluminum smelting and casting.

The MVR technology powered by renewable energy could reduce an alumina refinery’s carbon footprint by 70%. The technology also has the potential to significantly reduce water use in the refining process by capturing water vapor that would otherwise be lost to the atmosphere.

The development project aligns with Alcoa’s strategic priority to “Advance Sustainably.” Today, Alcoa’s global refining system has the industry’s lowest average carbon intensity, and Alcoa is the only company providing a low-carbon alumina brand, EcoSource. Marketed as part of the company’s Sustana line of products, EcoSource has no more than 0.6 metric tons of carbon dioxide equivalents for every ton of smelter-grade alumina produced—better than 90% of the industry.