In its report of first quarter 2021 financial results and outlook, Lordstown Motors, a startup developing electric light duty trucks focused on the commercial fleet market (earlier post), said that the expected production of its Endurance full-size electric pickup in 2021 will be limited—at best 50% of prior expectations. The release of Q1 financials occurred on the same day Ford announced its F-150 Lightning Pro electric pickup targeted at commercial buyers. (Earlier post.) 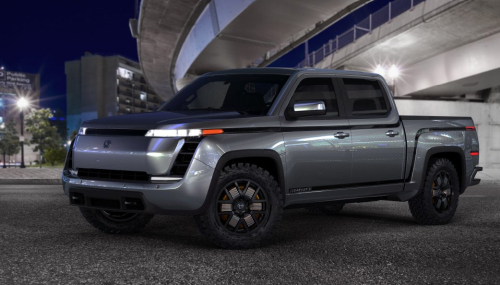 Lordstown’s timeline to Start of Production (SoP) in late-September 2021, which will be at limited capacity, remains on track. To-date, the company has completed construction of 48 out of 57 prototypes and will begin pre-production vehicle (PPV) builds in July.

On the positive side of the ledger, Endurance has passed the frontal and pole crash tests; the vehicles are performing as planned during other durability and validation tests. Lordstown continues to expect it can achieve a 5-star crash rating.

Retooling of stamping, assembly, body, and paint shops at the Lordstown plant are nearly complete. Phase One of the battery line is installed and is in the commissioning phase, while the first electric hub motor line remains on track to begin equipment installation in July.

The company upped its expectations for operating expenses by $115 million relative to the prior quarter’s expectations to reflect significantly higher spending related to:

As a result, the company needs to raise additional capital. 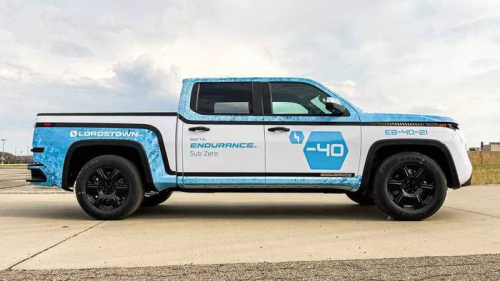 One of the Endurance betas.

We have encountered some challenges, including COVID-related and industry-wide related issues, as we progress towards our start of production deadline. These include significantly higher than expected expenditures for parts/equipment, expedited shipping costs, and expenses associated with third-party engineering resources. We secured a number of critical parts and equipment in advance, so we are still in a position to ramp the Endurance, but we do need additional capital to execute on our plans. We believe we have several opportunities to raise capital in various forms and have begun those discussions.

Lordstown is pursuing an Advanced Technology Vehicle Manufacturing (ATVM) loan from the US Department of Energy (DOE), which is in the due diligence phase, and tax credits and grants across multiple jurisdictions.

This and the Rivian concepts were a non-starter- no red-blooded guy would be caught dead in such an effeminate, city boy looking vehicle. It's that simple.
Just as surely as not many guys would have ever bought the new beetle.
The advantages of running a cabin, running tools, having crazy amounts of torque, could clearly sell, but making the exterior styling 'pure cringe' is a deal breaker.
There are cars on the road I find so repulsive you literally couldn't give me one.
The 2016 Prius Prime, for example.
I'm amused they think scaling back 50% will do it- in the end, they will sell 5% of the original projections. Make them look rugged, practical and smart, not metro, progressive and naive.