Conventional Li-ion batteries work by cationic redox, when a metal ion changes its oxidation state as lithium is inserted or removed. Within this insertion framework, only one lithium-ion can be stored per metal ion. Lithium-rich cathodes, however, can store much more. Researchers attribute this to the anionic redox mechanism—in this case, oxygen redox.

This is the mechanism credited with the high capacity of the materials, nearly doubling the energy storage compared to conventional cathodes. Although this redox mechanism has emerged as the leading contender among battery technologies, it signifies a pivot in materials chemistry research.

As outlined in a 2020 paper published in the RSC journal Chemical Society Reviews:

… the advent of anionic redox, that is, the sequential or simultaneous redox of the cation and anion in a transition metal oxide based cathode for a Li-ion battery, has garnered much attention due to the enhanced specific capacities.

Unfortunately, the higher energy densities are plagued with problems associated with the irreversibility of anionic redox. Much effort has been placed on finding a suitable composition of transition metal oxide, with some groups identifying the underlying features and relationship for anion redox and cationic redox to occur reversibly.

Now, an international team of researchers reports in the journal Nature the first direct observation of this anionic redox reaction in a lithium-rich battery material.

The electrification of heavy-duty vehicles and aviation will require batteries with much higher specific energy than that of existing lithium-ion batteries. Although substantial progress has been made with lithium metal anodes and silicon, there is a need to move beyond the existing layered cathodes to meet this demanding goal. Lithium-rich oxides present a promising class of cathode materials in this regard, with their high capacity of about 300 mAhg−1. The anionic redox mechanism underlying their electrochemical operation, however, has been difficult to understand fully with known probes and techniques.

… Here, using high-energy X-ray Compton measurements together with first-principles modelling, we show how the electronic orbital that lies at the heart of the reversible and stable anionic redox activity can be imaged and visualized, and its character and symmetry determined.

The team set out to provide conclusive evidence for the redox mechanism utilizing Compton scattering, the phenomenon by which a photon deviates from a straight trajectory after interacting with a particle (usually an electron). The researchers performed sophisticated theoretical and experimental studies at SPring-8, the world’s largest third-generation synchrotron radiation facility which is operated by JASRI.

Synchrotron radiation consists of the narrow, powerful beams of electromagnetic radiation that are produced when electron beams are accelerated to (almost) the speed of light and are forced to travel in a curved path by a magnetic field. Compton scattering becomes visible. 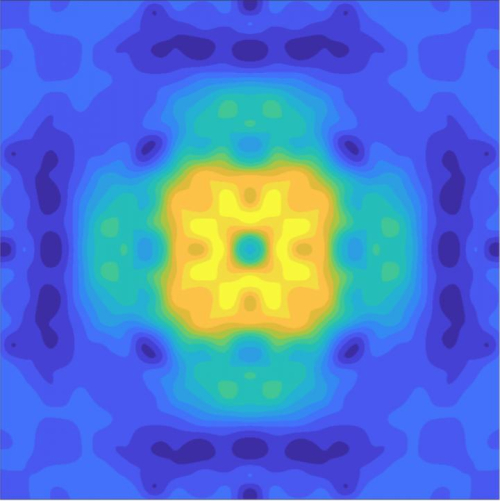 The researchers observed how the electronic orbital that lies at the heart of the reversible and stable anionic redox activity can be imaged and visualized, and its character and symmetry determined. This scientific first can be game-changing for future battery technology.

While previous research has proposed alternative explanations of the anionic redox mechanism, it could not provide a clear image of the quantum mechanical electronic orbitals associated with redox reactions because this cannot be measured by standard experiments.

The researchers had an “Aha!” moment when they first saw the agreement in redox character between theory and experimental results.

We realized that our analysis could image the oxygen states that are responsible for the redox mechanism, which is something fundamentally important for battery research.

We have conclusive evidence in support of the anionic redox mechanism in a lithium-rich battery material. Our study provides a clear picture of the workings of a lithium-rich battery at the atomic scale and suggests pathways for designing next-generation cathodes to enable electric aviation. The design for high-energy density cathodes represents the next-frontier for batteries.