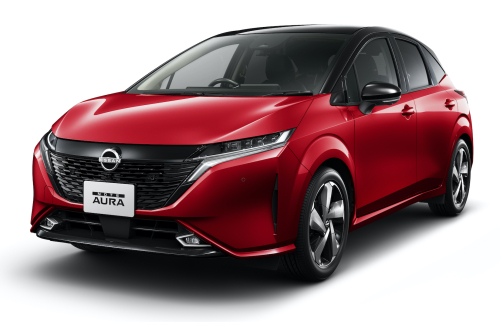 e-POWER uses a highly efficient gasoline engine to generate electricity for the electric motor that propels the vehicle. Nissan introduced the system to market in November 2016 on the Note, followed by a version of the Serena minivan in March 2018, the Kicks SUV e-POWER in June 2020, the new version of the Note in December 2020 featuring the second-generation e-POWER system, and a version of the Qashqai in Europe in February 2021.

The second-generation e-POWER system features an all-new electric motor and inverter. Electric motor torque was increased by 10% and output by 6%. The e-POWER control technology was tuned to achieve smoother acceleration and significantly improve cabin quietness.

The new inverter is 40% smaller and 30% lighter. The onboard gasoline engine used to generate electrical energy is also more efficient, resulting in both increased power and better fuel economy. The engine now operates at a lower RPM and is engaged less often during a typical drive. Coupled with enhanced insulation in the vehicle body, this results in quietness that’s a class above typical compact cars.

Electrical energy generation is controlled according to road conditions. When road noise increases due to surface conditions and vehicle speed, the engine switches on to charge the e-POWER battery pack. This reduces the need for the engine to operate under otherwise quieter conditions.

For the Note Aura, the second-generation e-POWER electrified powertrain has been enhanced to provide maximum system output of 100 kW and maximum torque of 300 N·m. This delivers more powerful acceleration and an even smoother driving experience from the 100% electric motor-driven system.

It is a pity they don't give more details, like the mpg rating (compared to the previous one), acceleration, etc.
Also, I wonder if they considered making a PHEV version of this where you have a 6-10 kWh battery which can be charged every day or night.
8 kWh of electricity will drive you ~28 miles which is about the average daily journey - for longer ones, use the petrol engine.
Or, if you want to use the petrol engine every day, just use a smaller battery.
Also, consider a solar roof - say 600 watts for 5 hours is 3 kWh and about 10 free miles per day.
It adds to the complexity, but keeps the annual CO2 generation to a minimum.
(Or maybe simplicity is the key).

Nissan, and every other OEM for that matter, needs to solve their traction battery problems so they can get by the obsolete thinking of hybrids, especially inefficient serial hybrids like this one.
I just bought my second BEV after driving a 2011 for ten years; not fooling with the expenses and wasted time of pumping gasoline, changing oil and tuneups has been great.
My advice is to buy a BEV as soon as you can afford one and skip anything that requires fossil fuel, including hybrids.