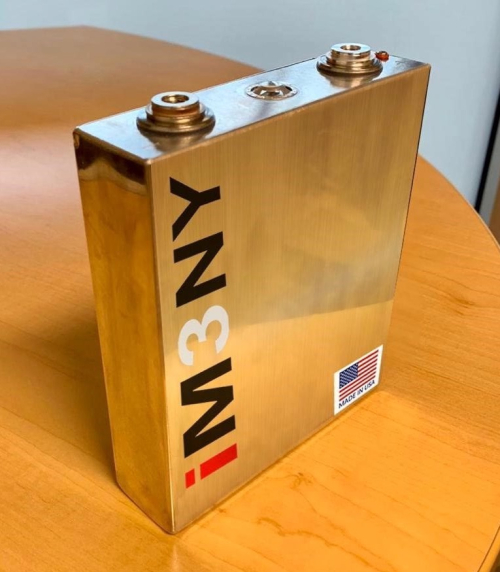 The first cells were produced using manual settings to refine the product design for future automated production. While the volumes would increase with fully optimized and automated lines, the current phase works towards production-grade design and de-risks design unknowns involved in the transition from pilot production to full scale production.

In April 2021, iM3NY received funding to support the development of iM3NY’s Lithium-ion Gigafactory in Endicott, NY. iM3NY’s total funding of $85 million includes a $50-million senior-secured term loan from Riverstone Credit Partners and $35 million of equity funding, of which $23.6 million is from investments made by Magnis earlier this year. Along with this funding, iM3NY has $230 million of manufacturing assets in place.

iM3NY has an exclusive North American technology license agreement with C4V, a Binghamton, NY-based R&D company with IP/patented technologies in the development and design of environmentally friendly lithium-ion batteries. C4V was founded by Dr. Shailesh Upreti who has previously worked with Distinguished Professor Stanley Whittingham, a Nobel laureate for his work on lithium-ion battery development and a resident professor at Binghamton University.

Dr. Upreti has been receiving a continued mentorship from Prof. Whittingham and C4V gets extensive support from the infrastructure at Binghamton University, including the NorthEast Center for Chemical Energy Storage (NECCES) and the Binghamton Incubator Program with the Start-Up Suites and the Koffman Southern Tier Incubator for its continued research in new, ground-breaking and environmentally sustainable battery cell technologies.

iM3NY’s first generation batteries will incorporate C4V’s patented Bio Mineralization technology with its proprietary BMLMP (bio-mineralized lithium mixed metal phosphate) process to produce higher capacity, safer, longer cycling and lower cost batteries versus all other competitors in the category. In the US, iM3NY is part of the supply chain for the Department of Defense and is supporting the electrification of several large US corporations. 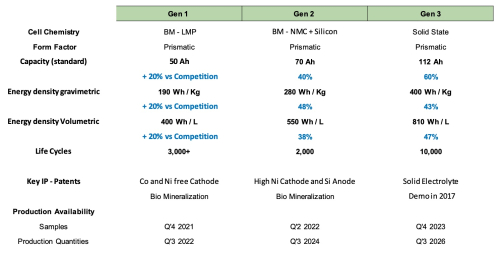 The company’s substantial growth plans include building out 32 GWh of capacity over eight years.