As of June 2021, Moscow’s fleet of electric buses has reached 600 vehicles and will expand to 1,000 by the end of the year—more than in any other European city. Most of the battery packs and propulsion equipment for the Russian capital’s electric buses are made by Drive Electro, which has manufactured and supplied components for 400 of the city’s electric vehicles.

This year, Drive Electro will supply Moscow with battery packs for a further 200 electric buses.

The company uses lithium titanate batteries for the electric buses, giving them a range of 350-400 km and requiring just 6-20 minutes to recharge. In addition, thanks to the engineering solutions applied, the buses are able to operate even at record low or high temperatures, making them ideal for Moscow’s changeable climate. 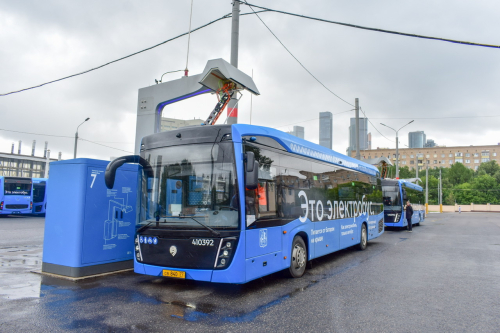 Besides manufacturing and supplying components, Drive Electro has been responsible for the full range of maintenance work on the buses’ propulsion equipment and batteries since the operational launch of the first model in 2019.

Drive Electro has previously announced plans to expand its manufacturing facilities. In the first quarter of 2022, the company plans to open its own plant to manufacture batteries for electric buses and to set up serial production of electric trucks. Up to US$5.2 million will be invested in the plant, which will have a maximum capacity of 1,000 battery sets and 500 electric trucks per year.

In late 2020, Drive Electro also presented Russia’s first electric truck, known as the ‘Moskva’. It was handed over to Russia’s largest retail network Magnit for trial operation. If the trial is successful, Drive Electro plans to produce a further 200 electric trucks for Magnit at its own plant.