General Motors has agreed to form a strategic investment and commercial collaboration with Controlled Thermal Resources (CTR) to secure sustainably produced lithium from the CTR’s Hell’s Kitchen Lithium and Power development, located in the Salton Sea Geothermal Field in California. This lithium will be produced from geothermal brine through a closed-loop, direct lithium extraction (DLE) process that results in a smaller physical footprint, no production tailing and lower carbon dioxide emissions when compared to traditional processes such as pit mining or evaporation ponds.

GM announced today that a “significant portion” of GM’s future battery-grade lithium hydroxide and carbonate could come from the Hell’s Kitchen development.

Most lithium used in lithium-ion batteries is currently mined and processed outside of the US. CTR’s lithium resource at the Salton Sea in California is one of the largest known lithium brine resources in North America. The Salton Sea Known Geothermal Resource Area (KGRA) currently has an inferred lithium resource of 15 million metric tons. A fully developed Salton Sea KGRA would be capable of producing more than 600,000 metric tons of Lithium Carbonate Equivalent (LCE) per year.

The brine, after lithium extraction, is returned to the geothermal reservoir deep within the earth. 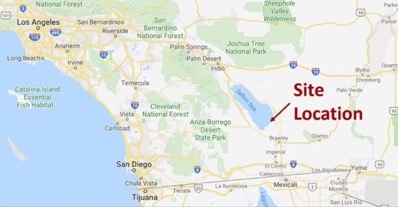 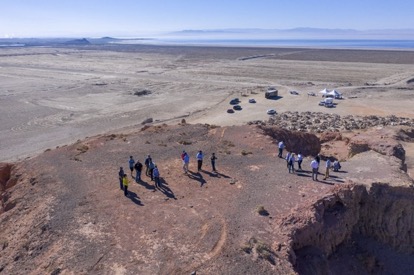 As part of the DLE process, CTR will deploy an ion-exchange process developed by Lilac Solutions, a leading DLE technology group that received $US20 million in funding led by Breakthrough Energy Ventures and MIT’s The Engine.

The first stage of the Hell’s Kitchen project is expected to begin yielding lithium in 2024.

CTR, through its project companies, specializes in lithium minerals and renewable energy production with projects in advanced development in the United States. The Australian public unlisted company was established in 2013 and has headquarters in Imperial Valley, California, and Brisbane, Australia.

In late 2020, The Lithium Valley Commission (LVC) was formed and is “charged with reviewing, investigating, and analyzing certain issues and potential incentives, regarding lithium extraction and use in California; and, to consult, if feasible, with the United States Environmental Protection Agency and the United States Department of Energy in performing these tasks.”

If this pencils out economically, it looks like a real win. US based lithium plus other rare earth elements and 1100 MW of base load power which is worth about 6000 MW of solar or wind power.