Waste tires have been used mainly for recovering energy sources; only small proportions of the carbon black contained in these tires are recycled, since mineral ash accounts for around 20% of its content. A new process developed by the Fraunhofer Institute for Building Physics IBP is able to isolate almost all of this ash—allowing both the carbon black and the minerals from the ash to be reused. 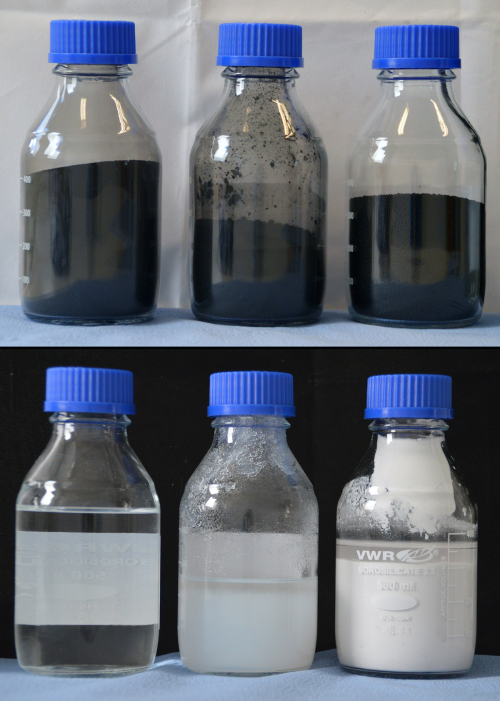 Around three kilograms of carbon black—also known as industrial soot—are found in a standard car tire. To produce one ton of carbon black, we need approximately 1.5 tons of fossil resources and vast quantities of water; the process generates up to three tons of carbon dioxide. It would make complete sense, then, to recycle the carbon black found in end-of-life tires.

This is a tremendous source of raw material: Around four billion end-of-life tires have accumulated at landfill sites already, about another 1.8 billion add to the pile every year.

Until now, we have mainly recovered oils, which are in turn used as an energy source for industrial processes or as a raw material in refineries, from these tires—ust like from engineered rubber. The carbon black recovered during the pyrolysis process, on the other hand, remains largely unused: Mineral ash, consisting of the additives—primarily silicate compounds and zinc components—used to produce tires accounts for up to 20% of this carbon black.

On behalf of RCB Nanotechnologies GmbH from Munich, researchers at Fraunhofer IBP in Valley, Germany, have developed a demineralization process for releasing the recycled carbon black from its mineral load.

The recovered carbon black treated in this way is nearly free of mineral residues, allowing it to be used up to 100 percent for the sidewalls of tires, for example. In other words, there is no need to add any primary carbon black. It can therefore completely replace the original industrial materials.

Unless demineralized, just 10% of the recycled carbon black can be added to the primary material. The demineralization process not only generates high grade industrial soot, but the minerals are also recovered with a high degree of purity and can be reused for industrial applications.

To purify the carbon black/ash mixture created during the pyrolysis process to the extent required, the researchers use a wet chemical method, said Christian Kaiser, Project Manager at Fraunhofer IBP.

To put it simply: We place the (raw) carbon black/ash mixture together with various additives in a reactor, blend it with fluid and run a defined pressure and temperature curve. The individual substances are selectively extracted from the mixture.

The parameters and additives must be set in such a way that only one particular mineral, as homogeneous as possible, is extracted from the mixture at a time. Temperature and pressure have to remain at a moderate level, so that the process is technically feasible without any major limitations.

The researchers recuperate a portion of the additives, closing the material cycle here as well. The result of the demineralization process is high-purity recycled carbon black for use in tires and other rubber products, as well as colorants (master batch) for plastic applications, silicates, which can be used in the building materials industry or for dyes, for example, and also zinc salts for a broad range of applications.

One pilot plant with a reactor volume of 200 liters exists already and will be in operation for further research at Fraunhofer IBP in Valley for the next two years. The aim is to make recovered carbon black usable for other industrial applications as well.

The basic process has already been patented, RCB Nanotechnologies GmbH being the exclusive licensee. The company is currently working on scaling-up the process for industrial use:. The reactor volume for one production line is expected to be around 4000 liters. Every hour, one production line will release 400 kilograms of recycled carbon black from the ash—2500 tons per year. In the final expansion stage, the plant as a whole will have an annual capacity of just on 30,000 tons.

Over the longer term, the idea is to make the transition from a batch process to a continuous process. Potential stakeholders have already expressed an interest.

Use them for pavement